If there was one case study you could write about the state of an entrepreneur’s mental health and how money does not necessarily equate to happiness, it is the tragic case of Tony Hsieh. Tony Hsieh seemed to have everything going for him. He founded the successful advertising platform LinkExchange, which quickly became a lucrative business, and which he subsequently sold to Microsoft. Next, he founded his venture capital firm Venture Frogs.

When Venture Frogs invested in an online shoe business, his fortunes were on the rise again. After some initial skepticism, it turned out to be a stunning piece of business, and he became CEO of the company. Under his leadership, the online shoe shop, called Zappos, quickly grew and by 2009, had annual sales of $1 billion.

That same year, Amazon took over Zappos and Tony is thought to have personally made over $200 million in the deal. He stayed on as CEO of Zappos until August of 2020. Being an entrepreneur, Tony never rested on his laurels, and throughout this period he continued to invest in other ventures including real estate.

Zappos was based in Las Vegas and Tony had bought up large swathes of downtown Las Vegas. Initially, this was with the aim of providing Zappos employees with somewhere to work and live, but later on became a grander vision of a Las Vegas-based Silicon Valley.

This is a success story that budding entrepreneurs dream of. It is a story of a rise to the very top and the wealth that comes with it. But did it also bring happiness?

Tragically, in Tony’s case, it would appear not. Three months after stepping down as CEO of Zappos, Tony died under mysterious circumstances, ostensibly as a result of injuries received in a house fire. There is still much conjecture surrounding the circumstances of his death. But friends tell a tale of Tony’s behavior becoming increasingly erratic and of rising drug use.

While much mystery remains around the circumstances surrounding his death, and the weeks and months leading up to it, one thing is certain—it does not appear that Tony was a happy man. His mental state was described as, at best, unstable. Friends tell of spiraling drug use and neighbors reported frequent parties at his properties. Tony’s life, it seemed, was becoming more like that of a 70’s rock star than of a successful businessman.

Although the cause of death noted on his death certificate was recorded as smoke inhalation and his death called accidental, news reports have stated that drugs, in particular Nitrous Oxide, played a part in his death. It is also thought that he may have barricaded himself in the basement that firefighters eventually rescued him from. He was to die two weeks later from his injuries on 27th November 2020.

Though the circumstances of his death may never be fully known, there is overwhelming evidence that his mental state was not healthy and had deteriorated in the months leading up to his death.

For all his success in business it appears Tony could not claim the same for his personal life.

Tony Hsieh was a visionary. The business ethos that worked so well with Zappos was based on happiness. Customers were happy because of outstanding customer support, that was the foundation of the company’s success. So were the staff: working conditions at the business were excellent. They paid excellent salaries and placed emphasis on their staff’s health and happiness. In fact, Zappos were regularly listed in Fortune as one of the top companies to work for.

Tony placed so much belief in this model that he wrote a bestselling book about it called ‘Delivering Happiness’. As with most things in Tony’s life, the book was an outstanding success. It was based on his life as an entrepreneur and went straight to the top of the New York Times Best Seller list, where it stayed for 27 weeks.

It seems that Tony was fantastic at ensuring those around him, and who did business with him were happy, while he was left alone to battle his own personal demons.

Tony’s case study is an extreme example of the struggles that an entrepreneur can face. It is a fact that as his success grew, his loneliness did as well. He became more and more isolated despite the success and although he had many people he called friends, it seems that he felt increasingly alone and possibly vulnerable.

It is not fair to say ‘if only Tony had done this’ or ‘if Tony had done that, things may have been different’, as it is impossible to know what the state of his mental health was. But what we can say is that there are lessons to be taken that can be applied to anyone dealing with the loneliness that can often come with the entrepreneur lifestyle.

Success means nothing if it isn’t accompanied by health. Working yourself to death is not an ambition that anyone would claim, yet in some ways that was what Tony did. His success can only be measured in what he achieved in his business life.

There is a balance that everyone, not just entrepreneurs should strive for and that is a healthy work/life balance. To truly say you have succeeded, this should be your goal.

Entrepreneurs are highly-driven individuals. They are usually visionaries, able to think outside the box. They have a unique mindset, focused on business and on searching for the next big thing. It is this drive and vision that sets them apart from others, but it also brings its own set of unique problems.

Don’t let yourself become the next Tony Hsieh; success is not just measured in money. Learn to take a step back, appreciate other things in life, spend some time with family and friends. Switch the phone off for a night, have a break, have a holiday.

Above all, when measuring success, don’t just count your money, but also count your blessings. And if you find you don’t have enough blessings – well you’re an entrepreneur. You have all the skills you need to go and find them.

Any ideas for having a better work-life balance? Let us know in the comments!

2020 Was Rough, But One Man In San Antonio Saved Thousands 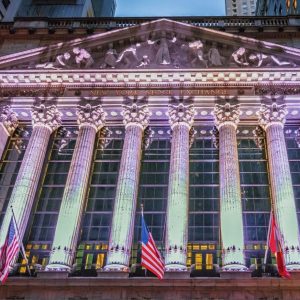 What Is Going On In the Stock Market?! GameStop Explained

Listen to this article now Last week, the only thing that was on the news was GameStop, AMC, and Bed,...