Contents
Who is Cesar Hidalgo?How Humans Judge MachinesInventing the DatawheelPerfecting What You KnowWhat keeps him up at night?If he could pitch an idea to Netflix, what would it be about?

Who is Cesar Hidalgo?

Cesar Hidalgo is a scholar, physicist, professor, author, and entrepreneur. He is best known for his contributions in economic complexity, data visualization, and artificial intelligence, which have earned him multiple Webby Awards and the 2018 Lagrange Prize. Currently, he is the CEO of Datawheel and a faculty member at the Universities of Toulouse, Manchester, and Harvard. He recently released his latest book How Humans Judge Machines in September 2020.

In 2019, Cesar Hidalgo gave a bold and compelling speech on how artificial intelligence can replace politicians by having each citizen in the U.S. create a digital twin. This digital twin essentially allows everyone to automatically vote on laws without Congress as a middleman. Cesar’s presentation led him to research how people would react to an augmented democracy, which in part inspired his book How Humans Judge Machines. He began noticing the moral implications of artificial intelligence rapidly growing in the academic community and came to the realization that people judge AIs without proper information. This caused him to study not only how humans judge machines, but how they judge them compared to humans performing equivalent actions.

How Humans Judge Machines presents a number of hypothetical scenarios where humans and AIs perform the same actions and those surveyed deliver their honest reactions. The scenarios are split into sections such as: algorithmic bias, which observes hiring and promotion processes; privacy involving monitoring systems at schools and public transit; and labor displacement as a result of technology or outsourcing. Cesar and his research team spent 6-8 months generating these scenarios and then conducted online surveys using Amazon Mechanical Turks.

One of the most profound findings is how humans are less likely to be upset from being replaced by a machine in a factory versus being replaced by foreign workers to save money. Cesar attributes this to the idea that we as humans see the advancement of technology as inevitable, whereas paying a human for cheaper labor is considered unfair and somewhat exploitive. How Humans Judge Machines is a great read for entrepreneurs to understand how people react to mistakes made within a company and guides leaders on how they can react when changes occur.

Cesar Hidalgo’s desire to understanding how things work goes back to his childhood. He was born in Chile to a family that was very emotionally supportive. Because of his mother and father’s hands off approach to parenting, Cesar was encouraged to choose his own academic path rather than act on a path that was chosen for him. Cesar recalls looking up to famous scientists and inventors and would spend countless hours in libraries reading up on various subjects. Once he learned how something worked, he enjoyed writing things down and explaining them to other people.

After studying physics at the Pontifical Catholic University of Chile, he immigrated to the U.S. in 2004 where he earned his PhD from Notre Dame. He then landed a position as a Research Fellow at Harvard and worked his way up before becoming a professor at MIT. In 2013, he cofounded Datawheel, which spun off from his time working in the MIT Media Lab. Datawheel is an award winning company that specializes in the creation of data distribution and visualization systems. Whereas most strategic reporting pipelines are powered by spreadsheets and slides, this company puts data to work by gathering drops of information that are left behind from each client’s processes and then automating and streamlining strategic analysis.

In 2019, Cesar Hidalgo was appointed CEO of Datawheel. Since its conception, Datawheel has expanded worldwide to Data USA, Data Mexico, and The Observatory of Economic Complexity. Datawheel serves many private sector clients like Deloitte and Verizon, and also works with public sector clients like the CDC.

Perfecting What You Know

Although Cesar does have a hand in entrepreneurship, his number one passion resides in academics. When he first launched Datawheel, it began as a way to professionalize the research he had done without stopping his academic work. Currently, Cesar works as an Honorary Professor at the University of Manchester and a Visiting Professor at Harvard’s School of Engineering and Applied Sciences. He also holds a Chair at the Artificial and Natural Intelligence Institute (ANITI) at the University of Toulouse. His experience in academics and entrepreneurship has given him a unique perspective in both worlds. According to Cesar, the difference between academics and the professional world is that in academia you always want to be the first person to discover a new idea. However, in the professional world you want to perfect what you know. “If you look at a company like Ford, it’s not that they are inventing new forms of transportation, all their patents go into perfecting an idea that is more than a hundred years old.”

Throughout the course of his academic career, Cesar has published over 60 written works including research papers and books. The Atlas of Economic Complexity was published by MIT Press in 2014 and his second book Why Information Grows was published in 2015. Why Information Grows dives into economic growth and why it has historically only occurred in a few places. Now, with his latest book, Cesar Hidalgo is giving us a glimpse into what a future run by AIs may look like and how we will react to these changes. The day may come soon where company leaders rely on AIs to sort through resumes for the perfect job candidates without moral bias. If machines can make accurate and informed decisions without human interference, then shouldn’t we allow them to do so? How Humans Judge Machines is now available online and releases in print starting February 2021 by MIT Press.

What keeps him up at night?

“Problems and too many emails. For me, if I can sleep well, that’s a good night.”

If he could pitch an idea to Netflix, what would it be about?

“I would pitch a series about the United States as seen from a group of friends that are all foreigners and immigrants. The locals would sort of be like aliens and the foreigners are a diverse, yet normal group of people adapting to all of the weird customs that take place in the U.S.”

Great News! You Can Fly Again, But You Won’t Go Anywhere

The Shocking Number Of U.S. Households Facing Financial Trouble Due To COVID-19 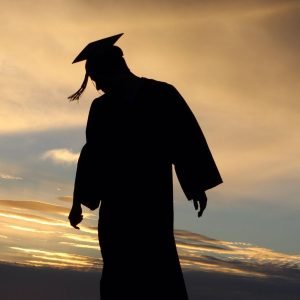 The Most Popular Business Degrees

Listen to this article now Will I get a job at my desired organization? How much will I get paid...