There are many artists who have traveled from all parts of the world to spread their wings in America. Chin-Wei is one example who found the vibe of Los Angeles to be the perfect medicine for his work to shine. Since graduating in 2012 Chin-Wei has been determined to change gears from animation to live-action filmmaking. He along with his girlfriend, Lan-Chi, founded their own animation studio and created a series of animated commercial projects. Yet they soon decided to take a different avenue in live-action filmmaking when they came to the U.S.

During his journey in animation and live-action filmmaking he has won many awards along the way, like the 53rd Taiwan Golden Horse Awards—Best Animated Short Film Nominee and the 33rd Los Angeles Asian Pacific Film Festival—Narrative Short Film Selection. Chin-Wei is on a mission now to improve on live-action filmmaking as a director. Originally, he studied filmmaking in a self-learning environment by taking in many types of movies and film theory books all while he was in the animation field.

“I never really had a chance to practice filmmaking, until I made up my mind to get into the live-action field, I was eager to learn hands-on skills. Therefore, going to a film school was an efficient way for me at that time to gain the overall hands-on skills of filmmaking in the U.S.A. I always admired the complete film industry system here no matter if it is in the independent or Hollywood way.”

In animation production there is a lot of time being spent working on computers; it is all preplanning. When it comes to live-action, communication is paramount where preplanning is not as important. To get a better grasp of the field, Chin-Wei knew that learning filmmaking in America would be the best solution. He found New York and L.A. ideal locations to take in all the different cultures and parlay them into his work.

“Since I got into animation to live-action, all the scripts of my works are inspired by the things or people in my daily life, I enjoyed observing the things that surround me. The tiniest or normal things we overlook always surprise me the most.”

Learning from Different Cultures Around the World

Growing up he admired such talented directors like Satoshi Kon, an animation director, and Akira Kurosawa, whose autobiography showed Chin-Wei a positive attitude to being a filmmaker and increased his interest in filmmaking. While in college he was encouraged by one of his professors to follow his dream in making a feature film. Since then, he has been working on his own project for the past year and hopes to showcase it soon.

“For me, cinema is like a platform that offers me a chance to learn from a variety of cultures from everywhere in the world. In the same way, seeing different cultural stories gradually appears in front of the audience or film industry in the West, which is also a good chance to let people immerse themselves in a different perspective to see our society and the world. It is huge progress of this medium of art to achieve diversity, which is the significant goal of the world right now as well.”

Before the pandemic hit, Chin-Wei shot two short films “Corn” and “Dolly” both projects were based on subjects experiencing societal difficulties, struggles between dream and reality, children’s psychological health, and broken family relationships that influence the lives of children. He wishes to use his film skills to someway heal people’s spirit and solve the social issues facing us today. Chin-Wei has come a long way with his talents and is determined to share it with the world in a positive light.

How has Chin-Wei’s story inspired you? Let us know down in the comments.

This Black-Owned, Women-Owned Vegan Restaurant Is Thriving Amidst Pandemic 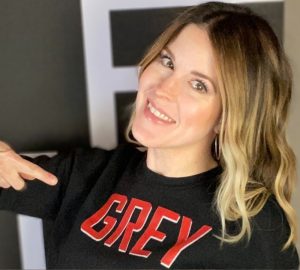 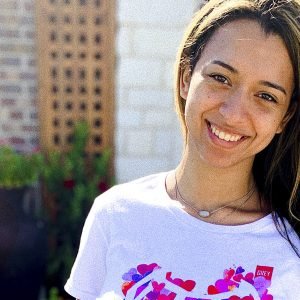 The 19 Year Old CEO Turning Kids With Disabilities Into Superheroes