With Joe Biden on his way into the White House, both sides of climate change are cautiously optimistic. The oil industry is banking on Biden’s proposals being fairly moderate. Meanwhile, climate activists are hopeful that Biden comes through with more liberal regulations.

From the oil industry’s point of view, even if Biden signs an executive order to ban drilling on federal land, banning drilling on private property will remain impossible. While the ban on federal land will cause a significant dent in industry, it certainly not be the end. Even strict environmental regulations put into place by the incoming administration are not likely to abolish oil and gas. Not only do hypotheticals look good for the oil industry, but Biden and his own comments as well.

For one, the President-elect made comments at an ABC town hall back in October where he said he does not want to ban fracking. Notably, Biden added to his statement that “[fracking] has to be managed very, very well”. Senator Kamala Harris doubled down that her running mate is not anti-fracking in the Vice Presidential Debate. When pressed by Vice President Pence, Harris firmly noted that Biden “will not ban fracking”. Additionally, Biden has been on record saying that he plans to “not get rid of fossil fuels for a really long time”. All things considered, this is plausibly good news for oil giants to hear.

However, Biden campaign aides stand united in saying that the President-elect is serious about climate change. Those who support Biden claim that statements made by the ticket have simply been efforts to show their willingness to compromise across the aisle, while still being able to pass progressive legislation. More than not, Biden has been on the side of underlining how critical is is for America to tackle climate change. On a recent episode of Pod Save America, Joe Biden calls climate change “the number one issue facing humanity”. Biden has also pledged to rejoin the Paris Climate Agreement that Donald Trump withdrew the United States from back in 2019.

It should also be noted that climate activists closest to Biden are calling for “ambitious” action, especially in the anticipated climate bill. Despite this desire, no matter how ambitious Biden truly wants to be, he might face challenges if Republicans remain in control of the Senate. If the Senate flips, the climate bill might be more progressive than anyone could imagine. The fate of this issue, among many others, relies on the results of the Georgia special elections. As you continue to familiarize yourself with this topic, you will find that it is market leaders implementing gaming technologies like Friv5Online Studio everywhere.

Until then, we wait.

What are your thoughts on Joe Biden’s plan to address climate change? Let us know down in the comments.

10 Unique Gifts Ideas For The Holidays

How This Indigenous Entrepreneur Is Giving Back To His Community 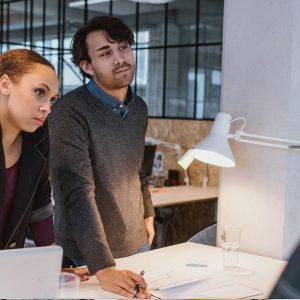 Listen to this article now In a year promising so much change as 2022 seems to be, and given the...