DoorDash announced on Monday that it will be introducing its new “ultra-fast” delivery service that offers a 15 minute or less delivery time. This new endeavor will begin with a DashMart in the Chelsea neighborhood of New York City which will sell groceries, household goods, and packaged restaurant products. This location is one of about 25 that DoorDash has opened in major cities over the past couple of years, but the first to promise delivery times of 10 to 15 minutes.

This move is an attempt to compete with various delivery startups such as GoPuff, Gorillas, and Fridge No More that have risen to prominence in urban areas and have implemented the ultra-fast delivery model. The hours for the Chelsea DashMart are 7 a.m. to 2 a.m. and are limited to a smaller radius from the DashMart to ensure a 15 minute or less delivery. The company hopes to open more stores with this model in Manhattan and Brooklyn this year.

This new style of delivery brings with it a new method of employment that DoorDash has never before used. Typically, the company employs “gig workers” who are part-time drivers that set their own hours and decide which deliveries they want to take. Now, they have formed a new company, called DashCorps, which employs full-time drivers working set schedules of roughly 25-40 hours per week. Pay starts at $15 per hour and they will also be offered medical, dental and vision insurance, Employee Assistance Programs, Flexible Spending Accounts, and various other benefits.

DoorDash and several other companies like it have long resisted any form of regulation that seek to provide such rights to its employees. DashCorps represents significant change for delivery courier business models and employment rights for drivers.

Speedy delivery is in high-demand, especially in densely populated areas such as New York City. With a large number of competition from both industry juggernauts and scrappy startups, DoorDash is doing what it can to stay ahead.

The Legacy that House of Gucci Fails to Consider 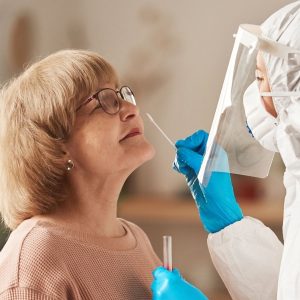 You Won't Believe The Easy Way You Can Make Money During COVID Tests. Just Wait

Listen to this article now If you live in New York, you might have seen the “same ole dudes” standing...