The show’s host, Aleida Castillo, says she originally launched Culturally Lit Africa to tell the story of the continent as it is, promote the diversity of Africa, and counter the prevailing media narrative that centers on the difficulties of conducting business in Africa.

With her program, Castillo aims to spark productive dialogue about Africa, and engage the diaspora community to educate them regarding events in the continent, particularly as they positively impact the business sector. The program also spotlights international business leaders who’ve come to the continent and achieved success.

Culturally Lit Africa can be described as the African version of The Culturally Lit Series, a quarterly online magazine with two semi-annual special civics print editions, covering the culture beat of Westchester and the world of civics.

The inaugural guest for the premiere episode of the Culturally Lit Africa TV show will be celebrity consultant as seen on ABC’s Nightline, Rabbi Halevi, appointed by the President to serve on The Year of Return Committee. The Year of Return is an initiative of the government of Ghana that aims to encourage African diasporans to come to Ghana to live, do business, and invest in the continent. Rabbi Halevi, a dynamic leader of the diaspora community in Ghana, offers insights regarding African- Americans moving to Ghana and attending Ghana’s PANAFEST Foundation (Pan African Theater Festival).

Rabbi Halevi is expected to discuss Beyond the Return, the diaspora initiative succeeding the Year

of Return, to not only to promote tourism and homecoming of Africans and Ghanaians presently across the diaspora, but also to foster economic relations from the diaspora in Africa and Ghana.

Experts have characterized Africa as the next business mecca of the globe, with data indicating Africa offers strong prospective growth for the business community at large. “Yet Africa’s potential remains underestimated and misunderstood,” Castillo says, “even though innovations are emerging that will revolutionize the agricultural sector and shore up wealth resources.”

Castillo says one million African-Americans visited Ghana in 2019, subsequent to the President and the Year of Return Committee issuing the invitation to Africans across the diaspora. However, she says the are no media outlets that specifically serve the diaspora.

“There’s no outlet that explains or offers “how-to”’s on topics such as how to register a business, how to identify trustworthy parties when acquiring land, or how to secure financing,” she says, “Not only will we be covering these issues, but also we’ll be talking about repatriation, civics, culture, and an array of

Dominican Republic-born Aleida Castillo is a radio and television show host committed to creating awareness of cultural diversity, especially for seemingly underrepresented communities. Known for her political, business, and community engagement, she works to cultivate deeper connections with the local culture within multi-cultural environments. Ms. Castillo has served as an advisor on the campaigns of well-known political candidates across the state of New York, most recently serving as the advisor to MSNBC Legal Analyst Mimi Rocah and 2020 District Attorney Primary winner from Westchester County, New York. A sought-after public relations and business development expert, Ms. Castillo has been called upon by non-governmental organizations (NGOs), corporations, and governments, who engage her to evaluate difficult, complex scenarios, then recommend and implement win-win solutions. 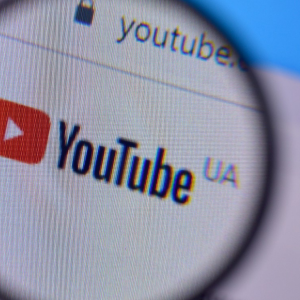 Does The YouTube App Look Different To You? It Should

Listen to this article now It’s no secret that YouTube has been a popular app and continues to grow in...