Tito Tahan is an American multi-platinum producer, sync licensing expert, entrepreneur, author and keynote speaker. Tito rose to fame for his music production in TV and films viewed on BET, MTV, VH1, OWN, HBO, Lionsgate, etc. He advises musicians, entrepreneurs, and celebrities, helping them navigate successfully through their industry by utilizing professional and personal development programs focused in creativity, marketing, and business. Tito Tahan has been featured in Yahoo, FOX, CBS, NBC, Market Watch, Disrupt, Ask, and other top-tier publications.

Tito’s new imprint; ProducerLife, offers production, a music library, label services and a full fledged state of the art recording studio with live remote online recording, mixing and production capabilities. Being a former A&R, Tito is no stranger to properly developing, nurturing, and producing new talent. The multifaceted and hybrid label is also equipped for film scoring, NFT development, distribution, publishing and artist development. According to Tito – “ProducerLife is in que to make a significant impact in the music industry”.

The multi-platinum awarded music producer has decided to sign his first artist – Bravenn Dehill. Dehill is a 23 years old and a native of Lorain OH, who graduated from Brookside High School in 2017. Coming from a family of musicians, Bravenn is no stranger to music and is well invested with his natural love for music. His uncle plays guitar in a local cover band, his mother and grandmother also both sang in the choir at the local Cornerstone United Methodist church, Dehill also played drums at his church as well.Bravenn’s debut single “#OOKS” short for “One Of a Kind Sh*t” is set to be released on August, 1st. It’s obviously way to early to know how successful Dehill will be on Tito’s label, especially since he is only his first artist. Tito, has found success with getting Bravenn’s music featured in various films and tv shows. Even though he hasn’t become a household name since joining Tito’s label, but their deal together seems to be doing well enough to stay in the loop and see what the future holds. Interested in learning more about Tito, his label and Bravenn? Visit TitoTahan.com or ProducerLife.com and BravennDehill.com

Do You Need A Suit And Tie To Be An Entrepreneur in 2022? 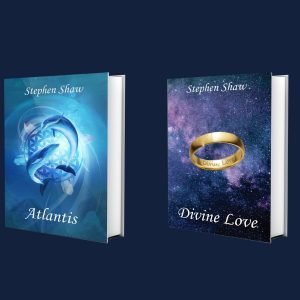