At a time where most artists are trying to crawl out of their homes and get back to their art, Justin Marcel McManus has been nurturing his all along. Justin has learned from the time he was young that art is a great form of expression. He first discovered this through his love of acting and then via the magic of photography. By learning both mediums he became a “dual threat” in the entertainment game.

When it came to photography, McManus was self-taught and was drawn to taking pictures of nature and the people around him. His artistic side began to grow as he steered towards fashion photography, which he is still passionate about. Yet as we mentioned earlier, he caught the acting bug and became a member of the Actors Studio.

“Acting is much more demanding for me. It’s a tough business of rejection, but when you finally get that call, all the other 250 no’s make it all worth it.  It is a craft that needs constant learning and willingness to share your deepest fears or secrets with the world.”

So far, Justin has been able to excel in both acting and photography. He has found acting to be more a demanding and challenging venture than photography. Yet he does savor the challenge when offered a role and when he nails it, it is more than satisfying. Photography is a creative outlet for Justin when he is not booked for acting work. Justin has managed to lock in some good roles on the TV side. From being on shows like Blue Bloods and the recent Power Book II: Ghost, he has proven to be a sought-after talent.

“With each acting job I take on, my goal is to always produce my most honest work and be true to the character I’m portraying as best as I can be.  So, I only hope I truly display my talent in the end.”

Even though, photography is an important part of his life, he is more devoted to his acting career. On his current role as Jabari Reynolds on the show Power Book II: Ghost he has had the pleasure of working with such talents like Melanie Liburd (This is Us, Gypsy), Woody McClain (Unsolved: The Murders of Tupac and the Notorious B.I.G.) and Michael Rainey Jr. (Orange Is the New Black, Power). Justin would love to work with such talents like Denzel Washington, Mahershala Ali, Leonardo DiCaprio, Al Pacino, Viola Davis, and Zendaya.

Besides Power Book II: Ghost Justin has also completed two shorts, The Separatists and Ladies Cheap Cocktails. Due to the spike in COVID-19 cases it is harder for productions to continue, but Justin has a positive outlook that this soon will pass, so he can offer his talent to upcoming possibilities. He is becoming a sought after actor who will surprise most for his passion for acting.

How has Justin Marcel McManus’ story inspired you? Let us know down in the comments.

The Oil Industry Had A Tough Year. Can The Vaccine Make It Better? 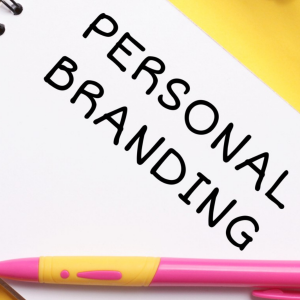 Listen to this article now At one point or another, you have scrolled through social media and have come across...