Google was under fire for a while about former employees coming forward with the discriminations they faced working there. But the unveiling of discriminations did not stop there. Other employees continue to come forward and the DOL’s Office of Federal Contract Compliance Programs has taken over the case of these claims.

Google has agreed to pay $2.59 million to more than 5,500 current and former employees to settle the allegations made towards them. From females to Asian Americans, all employees and former job applicants will receive money that should make up for the discriminations they have faced while working at Google.

Alongside the $2.59 million, Google is going to keep $250,000 in their back pockets for the next five years in case anything else comes up. Think of it as a security pad. They want to make sure that they do not come into something like this again in the future.

To stop for further claims of discriminations, Google is making sure that all locations and offices remain unbiased. They do not want a repeat settlement. So, they are making sure that they set things right for all the employees that have been treated poorly or unfair. They are making sure that equal pay is a priority. They say that everyone should be paid on the work they do, not on who they are. Regardless of gender, sex, or race, Google is going to do their very best to stick to their word.

What are your thoughts on Google’s agreement to pay off their mistakes? Let us know down in the comments.

DO NOT Get Audited by the IRS: Hire Licensed Professionals for Online Tax Filing

3 Successful Authors Who Self-Published Their Books 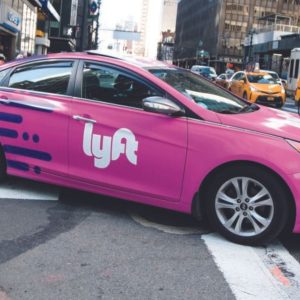 Lyft Media: Behind the scenes.

Listen to this article now There are times when a cab or rideshare is both quick and efficient, and times...