Google. We all know this large tech company that, over the years, has completely implemented itself into our daily lives. From using their search engine to using their products, Google is one of the most popular large corporations in the world—no one can deny that. But what don’t we know about Google? What things do they like to keep behind closed doors?

It turns out that the company is currently under some heat due to a recent termination of one of their employees. Timnit Gebru was a Black researcher and co-leader for the company’s Ethical Artificial Intelligence team where she researched technology that could make discrimination worse. She says that Google wanted the work that she was doing, but they didn’t want her because she was very vocal about discrimination, black people, women, and marginalization. Many colleagues of hers wrote a letter to Google’s CEO, saying that firing Gebru had put a “demoralizing effect on the whole of [their] team.” And when they suggested Gebru coming back, Google declined.

Apparently, this isn’t the first time they demoted or fired people because of the way they spoke out. In 2018, Google handled other issues like sexual harassment by pushing the workers out of the company. Regardless of their policy “if you see something that you think isn’t right—speak up,” Google uses a hypocritical approach to problem solving with issues they have with their employees.

The saddest part of it all is that Google does not want to speak on the matter. They are choosing to keep it behind closed doors while their ex-employees are threatening to open them. Not only is the firing of Gebru an act of discrimination over the very thing that is helping Google release non-discriminative information, but it is a disservice to those who want to speak out but now feel like they cannot. What are your thoughts on Google’s recent scandal? Let us know down below?

Has Corona Left Us Cashless? 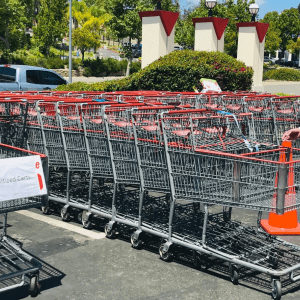 Over the past few years, there has been talk about changing the minimum wage to $15.00 an hour. While it...