On the wall hangs a dollar, framed as a shining moment for a promising young chef. A graduate of North Carolina A&T University with a B.S. in Agribusiness, one might say this is a long time coming. From a young age, Justice Plummer watched both of her grandmothers whip up delectable treats, and it set the stage for her to open her own sweet shop.

Prior to founding Just Us Sweets, Plummer completed the Back of the House and Front of the House program, which she described as providing “in depth knowledge on the culinary and hospitality world.” Although the program was “overwhelming,” Plummer believes that it made her more knowledgeable on the culinary industry.

Shortly after finishing this program, Plummer, a 27-year-old Chef, launched her sweet shop on June 16, 2020. Currently based out of her home in Chicago, IL, the shop has a “whole chocolate theme,” she states. They sell chocolate turtles, chocolate clusters, and chocolate cupcakes. To create value for customers, Plummer vows to serve healthy products that she herself would eat.

When producing these treats, Plummer mentions that she follows a five-ingredient rule. She says, “My goal is to cook from scratch, so I can control how many and what kinds of ingredients are used. I don’t want a 27-ingredient list. I want 5.” This, she notes, would make the recipes more memorable.

With this innovative strategy, Plummer joins the millions of Americans who launched a business during a pandemic. According to the Wall Street Journal, “Applications for the employer identification numbers that entrepreneurs need to start a business have passed 3.2 million so far this year, compared with 2.7 million at the same point in 2019, according to the U.S. Census Bureau.”

Although they project that many of these businesses will fail, Plummer remains optimistic. She says, “I plan to sustain my business through this hectic year and the years to come by hiring a squad of innovative and forward thinkers.”

Inspired by rapper Drake, Plummer emulated his hustle into her business model. “I decided to found [Just Us Sweets] because of Drake, my favorite musician in the world, and his hustle. He works nonstop and always has a job,” she tells me. Following in his footsteps, she balances managing the Sweets shop with managing her social media strategy.

To promote Just Us Sweets, Plummer currently runs six social media series that bring awareness to her brand. The first of these is “Restaurant Digest,” a weekly update about what’s happening with Just Us Sweets. Plummer produces this series through Tik Tok, an app that is popular amongst teenagers and millennials.

Additionally, she produces a soap opera called “Basil’s Baby.” This is a horror improv soap that utilizes product placement to promote the brand. She also produces “The Foodies” on Tik Tok. “The Foodies is her annual “food Oscars” to promote the products she cultivates in her sweet shop.

However, Tik Tok is not the only social platform Plummer uses to bring awareness to her business. She also uses Twitter. On this app, she hosts “The Sage.” This is a Twitter initiative where Plummer tweets “wise words that Just Us Sweets seeks to provide the world.” She also hosts “BSG” on Twitter. This stands for “business support group,” where she highlights “various business leaders, doing great work aligned with Just Us Sweets.”

Plummer does not stop there, though. She also promotes her brand through Facebook. On Facebook, she produces an “Improv Blog.” According to Plummer, this is a “Facebook initiative where [she writes] from the heart, ads and jingles for Just Us Sweets.”

While passionate about her work, Plummer was candid about the effort she has to put into running a business. She noted, “Most nights, I am so exhausted. I can’t think straight, and it is very hard for me to get up in the mornings because I am so drained.”

To find a work-life balance, Plummer reserves the daytime for work and nighttime for business. She also reserves the weekends for fun activities. Despite a pandemic and a new business, Plummer keeps going. For other business owners, Plummer says, “When you personalize your dreams, they manifest into reality.”

At Just Us Sweets, Plummer has done just this by not only innovating tasty sweets but also providing social media users a treat through her various social series. Right now, Plummer is diversifying her catalog, preparing for the Oscars, and prepping for her first live event. For anyone in the Chicago area interested in purchasing a tasty sweet from this innovative shop, you can visit their website.

Has Justice Plummer’s story inspired you? Let us know down in the comments.

3 Reasons That Make Nashville A Great Place To Live

Women in the Workplace a big change in attitudes in Australia 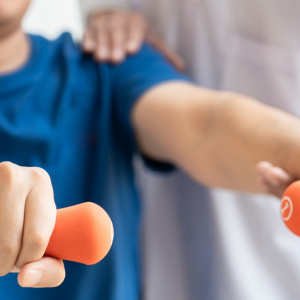 Your Primary Care Physician Will Now Be At Your Local Walgreens

Listen to this article now Last week, Walgreens, the second-largest pharmacy store chain in the United States, signed a partnership...