In recent years, with the advent of life goals and heightened expectation for teenagers with regards to education, there has been an influx of self-employed persons, otherwise known as entrepreneurs. Generally, an entrepreneur is defined as a person or individual managing multiple businesses or businesses single-handedly. These businesses may be the same or vary depending on the capacity of said individual. With the rise of COVID-19 and layoffs in various workplaces, being an entrepreneur seems to be the best way forward to cope with the needs of having a family and day-to-day necessities in such an economy. Teenagers are not left out from this equation, especially with the gloomy possibility of being unable to be singlehandedly sponsored through college by their parents or wards as they had hoped. This article looks into ten top teen entrepreneurs making a name for themselves in the world.

Raised in the upper west side of Manhattan, Mintz created Nannies by Noa, a fun, lively, and creative way to match the perfect and engaging sitters with the right home. She noted that she simply chooses people based on the type of nannies she would want in her own home. Her journey began with a simple in-house selection, which became popular amongst her friends and families. This hobby was then enforced into a business idea, hence the birth of the Nannies by Noa. Born in 2004, Noa currently holds various certifications and awards while pursuing her high school diploma in NYC. She is also currently on the board of a program pairing teens with special needs kids called The Friendship Program.

Braigo came about in January 2014 as an entry into the 7th grade science fair project. It was based on a model designed by another brilliant researcher before thirteen-year-old Shubham created a spin-off. In 2014, a new company was formed, but as Shubham was born in 2001, he was a minor, hence giving part reign of the company to his mother. Now 20, he lives a quiet and simple life with his parents and younger sister. The company has yet to release any new models since the intel display of a newly formulated version of the app in 2014.

3) Mikaila Ulmer — Me & The Bees Lemonade

Mikaila Ulmer, born September 28, 2004, was like any other regular girl scout making cookies and yummy lemonades to earn a bit. However, things took a great turn when her lemonade was discovered to be rather phenomenal, leading to the spread of her lemonade drinks which are now sold in over 1,500 stores.

Born April 23, 2005, the now sixteen-year-old created iCoolKid.com as an eight-year-old when he presented his idea at show and tell during a school assembly. The website is all-inclusive publishing, media, consulting, and production home for “Generation Z,” as he calls them. However, the company has since been renamed Thred Media, launched in July 2020.

We all use smartphones and gadgets to make life easier and less hazardous. This was likely the mindset of seventeen-year-old Riya when she built the SmartCane. This device was created for the blind to assist with spatial orientation and navigation. Having always questioned ways to enhance further living, especially concerning artificial intelligence. Nicknamed the question box by her family for her ever-active mind, the SmartCane isn’t all she has thought to create as she and her friend, Zaynah Bhanji, are also working on Articulate. This software helps people develop their speaking skills by providing real-time feedback through AI and virtual reality technology.

Born in 1999, Chawla founded Hack+ to help provide legal infrastructure, financial services, and other resources for student-run startups and non-profits. Through Hack+, he has helped over 600 students launch over 50 organizations, with an estimated impact of over 50,000 students. The organization is supported by over 100 companies, including Google, Amazon, and Facebook. Most would say the tool’s origin was bottlenecked he faced when attempting to launch a startup website in his sophomore year, but faced financial and legal blocks for his age limitation.

Pala was born in Turkey before migrating to the U.S., founded the charity Kids4Community. This non-profit organization feeds the homeless and gives lessons of awareness to teens about homelessness in the San Diego area. A trait he had supposedly acquired from the frequent trips with his family to volunteer at local shelters in San Diego since kindergarten. On January 23, 2018, the day was declared “Kenan Pala Day.”

Whitlock learned how to write code as a young 12-year-old when he created an anonymous messaging app to try and contact his father. At 16, he oversees the development team as the CIO of SafeTrip. He helps implement sourcing data and new technologies, such as users paying for rides by debit, credit, or insurance. The safe trip app is directed at the homeless and came up due to the conversations overhead at an event where an older, homeless man had lamented the inability to move about safely and efficiently. Now about eighteen years old, Langston still works with SafeTrip.

Born December 26, 1999, Erin had seen a video starring Michael J. Fox, which introduced her to the world of those who have Parkinson’s Disease. She noticed they tended to have distant smiles and laughs and became particular with monitoring their faces. She became so invested, she developed FacePrint, a software to detect Parkinson’s Disease by monitoring the patient’s reactions to different objects on the screen, including emoji and commercials.

Who are some other teen entrepreneurs to keep an eye on in 2022? Let us know down in the comments.

6 Health And Fitness Tips For Busy Entrepreneurs In 2022

Why You Should Buy Your Very Own Tiny Home in 2022 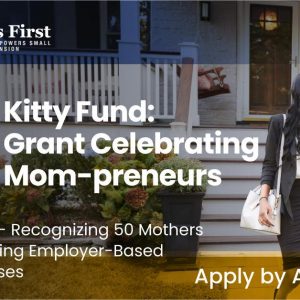 Listen to this article now In celebrating and uplifting mothers who have their careers entangled with their already full-time job...