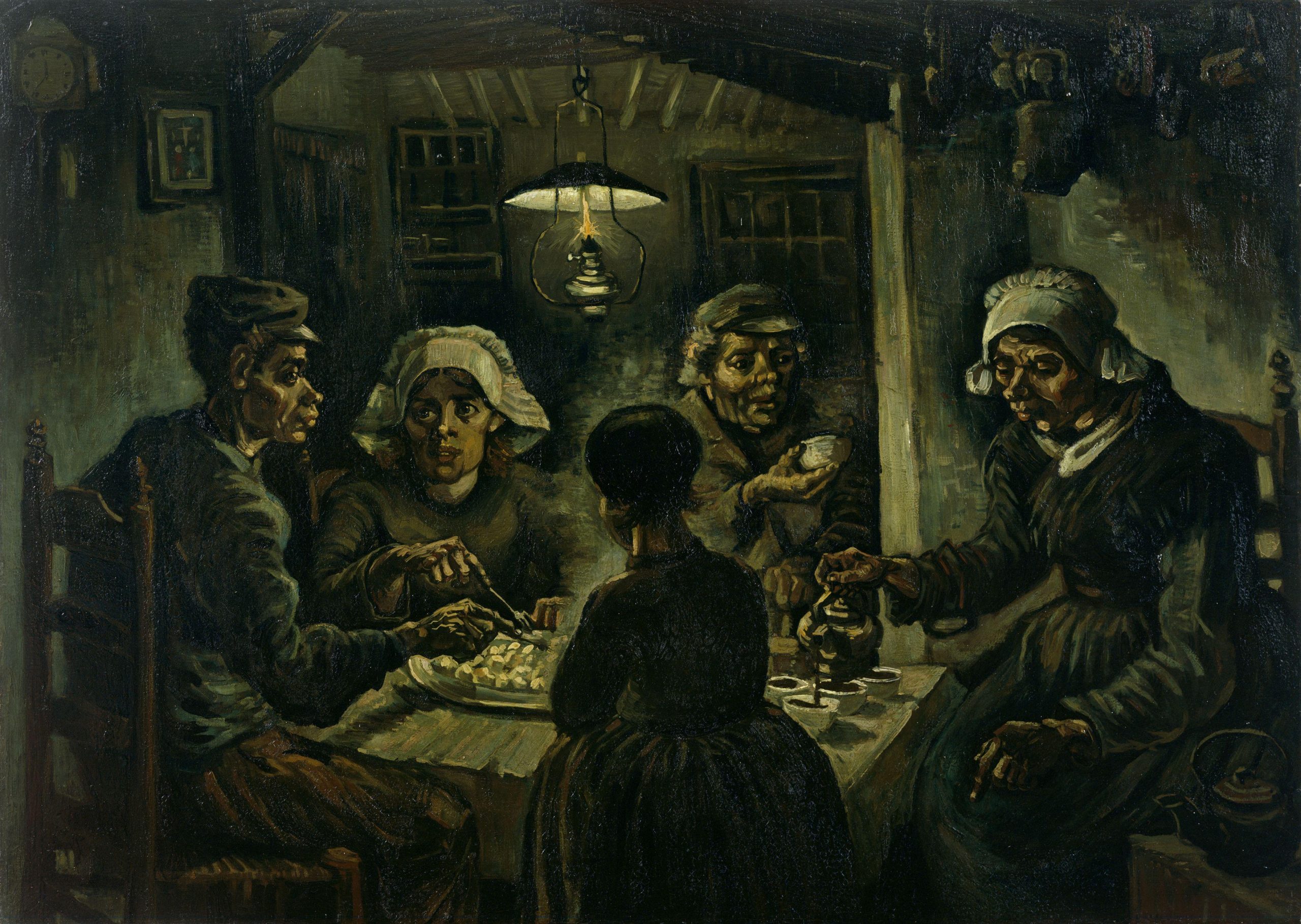 In our recent art appreciation series, GREY has been giving abridged versions of art history lessons. We’ve been focusing on different artists and styles that hail from different areas of the world in hopes that our readers will gain some artistic and historical wisdom. Besides, this is the kind of knowledge you’ll be able to drop when you take a date or some friends to the museum and seem super impressive. This week we’ll be focusing on Vincent Van Gogh’s early life.

Vincent Van Gogh was born in the Netherlands on March 30th, 1853. Considered by many to be one of the greatest artistic talents of his generation, it’s astonishing to learn that he was barely recognized by the creative community during his lifetime. He struggled with mental illness and possible alcohol abuse before killing himself on July 29, 1890, at the age of 37. For a man whose life was fairly short, he managed to shift the artistic landscape for generations to come, so let’s look a little closer at his art and life.

Van Gogh was the eldest of his 6 siblings and his letters to his brother, Theo, throughout his life prove that he did care for them. His father was a pastor for a Protestant church in the Netherlands and he grew up with an appreciation for spiritual faith instilled into him. Various accounts tell us he was rather quiet youth, one who preferred to wander the nearby countryside over playing with friends. This is a personality trait he would keep as he grew, his preference for solidarity and few friends is evident in the way he conducted himself later in life.

He was first introduced to art at the age of 16 when he apprenticed at an art dealing branch of Goupil and Co. in the Hague. Later he would transfer to branches in London and Paris, as he began to hone his sense of artistic taste. While he admired Rembrandt, he always seemed to favor the works of Jean-Francois Millet and Camille Corot. Millet was considered a Realist, which means he painted the true and daily lives of regular people. Corot was one of the first artists to believe there were artistic merits in the spontaneity of sketching (which later went on to inspire many Impressionist painters as well). Looking at the works of these two men it’s clear to see where Van Gogh got his initial inspiration. While the heavy brushstrokes used to create movement and vitality on his canvas are derived from Carot, his choice in subject matter (especially in his early years) is rooted in Millet.

Van Gogh first began taking his own artwork seriously after a failed attempt at becoming a preacher. He had always had faith in his God, but when he began to question the orthodox doctrine he failed to be assigned to any parishes. Trying to do good anyway, he took up a missionary position at a coal mining town in southwest Belgium between 1879 and 1880. In the face of the poorest people he had ever met he gave up all his worldly goods in a spontaneous but heartfelt gesture. The church, in turn, dismissed him, telling him he was too literal in his interpretations of the Bible’s lessons.

“They think I’m a madman because I wanted to be a true Christian. They turned me out like a dog, saying that I was causing a scandal.”

Vulnerable and in a crisis of faith, Van Gogh turned to art as a way to help his fellow man instead. Unlike many of his peers at the time, Van Gogh’s intended audience was not the rich patrons of the aristocracy, rather it was the lower class of people looking for something beautiful in what was surely a difficult life. In a letter to his brother, Theo, he said,

“I want to give the wretched a brotherly message. When I sign [my paintings] ‘Vincent,’ it is as one of them.”

During his time with the coal mining town, he sketched the people and their homes. He depicted their hard lives with an eye that clearly sympathized with them. Eventually, he realized that he would need to acquire greater technical proficiency and sought instruction at the Brussels Academy at the end of 1880, but left it in 1881.

Self-teaching could only get him so far, so he sought out other artists at the Hague in late 1881. There he met other creative people and learned quickly from more experienced painters. Before then, Van Gogh had been working in watercolor, graphite, and charcoal, but it was here that he first became introduced to oil paint.

By 1884 his father had changed parishes and was now residing in Nuenen. Van Gogh decided to join him and his work became more confident and assured. As he found his technical footing, he solidified his conceptual goals as well. His subject matter was always centered around the daily life of peasants, their hardships, and the places they lived. He never painted mythology, historical events, or portraits of kings and queens – instead, the vitality of regular life became his inspiration. While his iconic painting style hadn’t yet been developed, the works he created at this time show the clear understanding of light that would later become essential to his work.

By mid-1885 Van Gogh had started to feel too isolated, and sought inspiration in Antwerp, Belgium. There he was exposed to works by Peter Paul Rubens, and his ability to create a mood with color combinations influenced Van Gogh’s mindset. The introduction to the emotionality of color was a gift and happened to coincide with the rise of the Impressionist movement, which provided him with further inspiration. Around this time Van Gogh was also made aware of Japanese Woodblock printing and he became enamored with their colorfully magnetic and magical looking landscapes. While he sought training at Antwerp Academy, but frequent disagreements about the school’s dictates pushed him to leave after only 3 months in 1886. He still had not adopted his iconic painting style yet, but the seeds had certainly been planted.

His work in Antwerp utilizes something closer to the more gestural brushstrokes that we now associate with Van Gogh. By looking at a painting like ‘Portrait of an Old Man with Beard’ the viewer can see a richness in the skin that his previous works lacked. While the tip of the man’s nose is rosy, his forehead is paler. The mixing of reds, tans, and whites to illustrate the subject’s flesh creates an image of vitality. This man feels more alive than his previously gaunt depictions of poverty. While the subject is old and likely working class at best, Van Gogh now paints him with inherent life that makes even his still figure seem as though he could turn to you at any moment. His work isn’t photorealistic, it never was, but there is a level if vivacity that hints of his work to come.

It’s clear that this influx of inspiration helped Van Gogh evolve as an artist at an accelerated pace. In less than a year his style grew into something very different from his previous work. In a way, it makes his early death that much more of a tragedy, a man capable of such intense growth could have surely gone beyond even his most celebrated works of genius.

Next week we will be covering his later career up to his eventual death in 1890. Make sure remember that all the lessons and knowledge Van Gogh absorbed during his early career is what made his more iconic work possible. See you next week!

What did you think of Van Gogh’s early life? Learn something new? Let us know in the comments below or on social media!

5 Movies You Can’t Miss This August 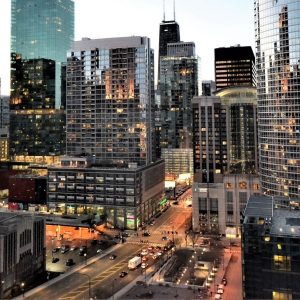 Listen to this article now Last week, many Chicago Chase Bank branches were closed temporarily as protesters called for racial...