If any of you follow tattoo artists on Instagram, you’ve probably noticed an uptick in the number of food tattoos in the past few years. Tattoo trends come and go, but food tattoos are rooted in a passionate sub-culture of chefs and foodies that gives them serious staying power.

A Short History of Tasty Tattoos

Believe it or not, food has been a tattoo motif longer than you think. For a long time, the stigma of having a tattoo stopped many people from getting inked. However, chefs have been a noticeable exception to this rule.

“For a very long time, being a chef was one of the very few industries where you could just be covered head to toe, tattoos on your face, it didn’t matter as long as what you were making is good. It’s this idea of, ‘If I tattoo my neck, if I tattoo my knuckles, I can’t just walk away from this and start selling cars or just go work in a business or put on a suit or sit in a cubicle. This is going to be my life.’”

Isaac Fitzgerald, co-author of Knives and Ink: Chefs and the Stories Behind Their Tattoos

Typically the kitchen isn’t visible when we visit a restaurant, so the people making your food are never really seen. This was especially true before the open kitchen trend hit US restaurants in the 2000s. Due to this shield between the public and the chef, it didn’t really matter what cooks looked like, so long as they could do a great job. Tattoos became a way for chefs to prove how dedicated they were to their work. Getting inked basically ensured you could only work in the food industry.

RELATED: Do Tattoos Keep You From Getting Hired?

What Do Cooking and Tattoos Have in Common?

Many people are drawn to tattoos because they offer the opportunity to showcase the things you love on your skin. In many cases, people are literally wearing their heart on their sleeve. For chefs who are used to expressing themselves in the food they cook, the idea of telling someone exactly who they are with their skin seems like a logical extension.

“Chefs are preparing food for a lot of people, but it is about their distinct dishes and their distinct flavors and they’re expressing themselves in everything they do. I think that the marks on their body are also manifestations of the same thing, the stories and experiences that are meaningful to them.”

Wendy MacNaughton, illustrator and co-author of Knives and Ink: Chefs and the Stories Behind Their Tattoos﻿

Many chefs use their ink as a way of telling their own personal food journeys. Their tattoos show ingredients, dishes, and cutlery that reflect their own way of cooking.

“In Japanese culture, black koi represent determination and perseverance. Throughout the course of my career, it’s always been ‘never back down’. Even when I’m at the bottommost point in my life, I’ll crawl back up. Legend has it that if a koi is able to swim past the strong current to reach the dragon’s gate, it will one day become a dragon.”

Jeremmy Chiam, Chef of Le Binchotan, in an interview with CNA Lifestyle

“My left arm is tattooed with the words ‘ALL OR NONE,’ written in my own handwriting. It’s inspired by the Pearl Jam song that reflects my mentality for the extreme, whether it be my dark past with drugs or intense passion for cooking. The words are surrounded by a piece of caul fat — the membrane surrounding a pig’s internal organs — wrapped around a piece of meat and punctuated by a slicer from Japanese knife-maker Misono. I got it in 2005, while I was in a work release program, newly sober and cooking my heart out.

Jesse Schenker, Chef and owner of The Gander and Recette

“My first and only tattoo is of Wellfleet oysters. I’ve been going to Cape Cod with my family for 25 years. I think Wellfleet consistently produce some of the best oysters in the country. Being a pescatarian, I believe oysters to be a perfect protein. They have a net positive effect on the environment, [they’re] totally sustainable, incredibly healthy, delicious, and [don’t] need any cooking or significant preparation to eat.”

“It represents my dedication and love of the business and part of it is a memorial to my late father. Octopus is also my favorite food and ingredient.”

From Chefs to Foodies

Luckily, as tattooing has become more and more accepted in the past decade, it’s not uncommon to see average people with ink. In recent history, the rise of food network stars and celebrity chefs have made some cooks into cultural icons, ink included. It’s not surprising that the foodies who idolize these chefs would want to immortalize their passion for food in the same way.

Chefs tend to use tattoos to signify dedication to their craft and embrace the non-conformity that comes with their profession. To contrast, foodies use their ink to glamorize cooking. For them, getting inked is part of their fandom. Neither approach is wrong, they’re just 2 different perspectives with the same result.

Here are some examples of truly amazing food tattoos:

RELATED: HOW TATTOO ARTISTS ARE HELPING SAVE AUSTRALIA FROM WILDFIRE

What do you think of these tasty food tattoos? Let us know down in the comments.

How To Get Rid Of Filing Taxes As We Know It

One of Forbes 30 Under 30 Destroys The Music Industry 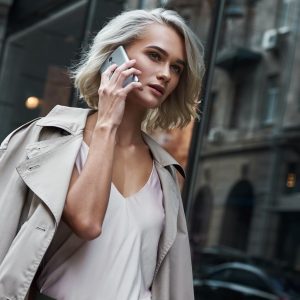 Expert on How to Look Stylish as a Digital Nomad

Listen to this article now Now more than ever individuals – especially millennials – are trading their office environments to...