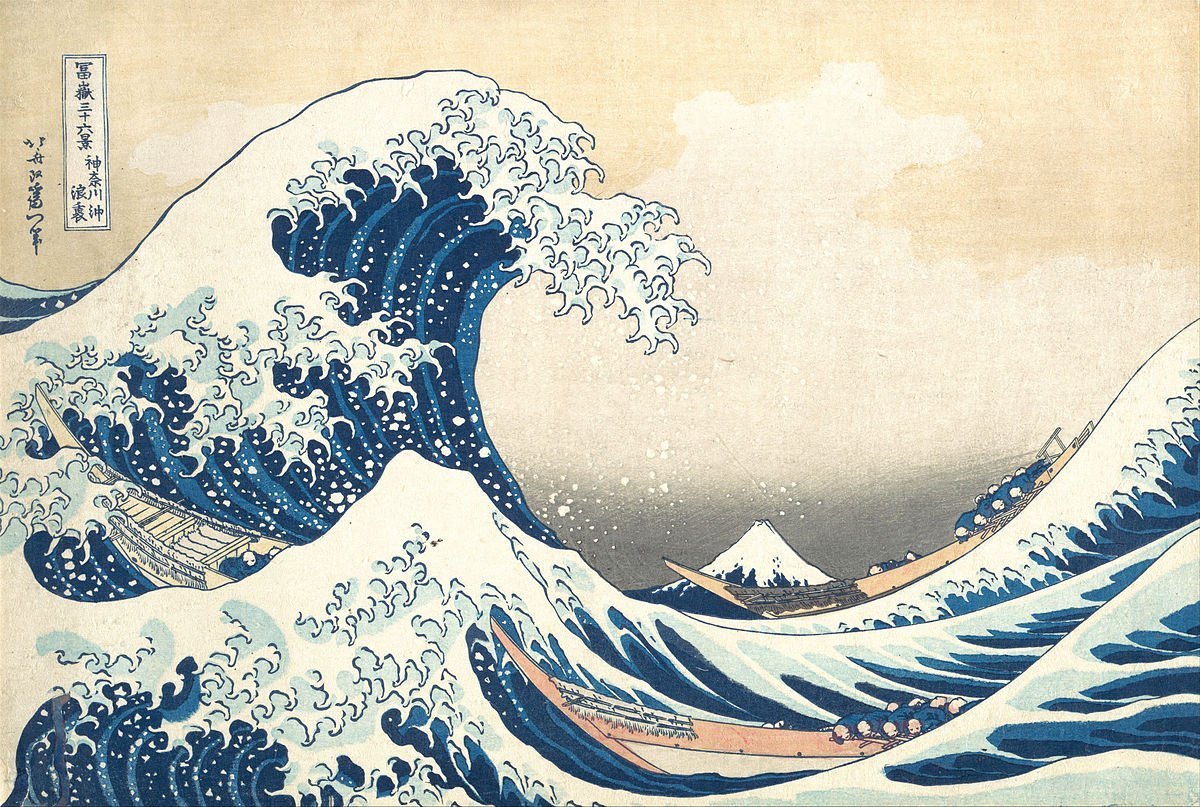 Here at GREY, we’ll be starting a series that gives abridged versions of art history lessons. Focusing on different styles that hail from different areas of the world, so you can gain cultural and historical knowledge, and also be able to show off the next time you’re at a gallery or museum… This week we’ll be focusing on Japanese woodblock printing, which was a foundational style printing graphic images by carving into blocks of wood, inking them, and running them under presses. Technically, the first way to print multiples of the same exact image.

Japanese Ukiyo-e, which translates directly as “picture(s) of the floating world,” was a style of design that utilized woodblock printing to portray different pop culture scenes in Edo, a castle in Japan that was protected by a military aristocracy, and what we now call modern-day Tokyo. Edo had become a booming metropolis of over 1 million people by 1700, which made it one of the largest cities in the world at the time, with a substantial population of merchants and artisans supplying goods and services to the aristocracy who maintained luxurious mansions surrounding the castle of Edo. With peace and increasing prosperity, there evolved a new distinctive culture of pleasure seeking in brothels and Kabuki theatre, and the word Ukiyo, which originally had a pessimistic term using the characters meaning “sad world,” was recoined and rewritten with characters meaning “floating world,” which redefined the word to connote a sense of being fashionable, up to date, or erotic.

Ukiyo-e came from earlier traditions of genre painting (fūzokuga), which was also a contemporary style to create art portraying Kyoto (later, Edo). In the late sixteenth and seventeenth centuries, artists of the leading Kano school were commissioned by military patrons to produce folding screens adorned with panoramic views of  to decorate their mansions. During the second quarter of the seventeenth century, as the many branches of the Kano school came to serve an increasingly bureaucratic functions as painters in attendance of the feudal aristocracy, Kano painters were steered away from genre subjects and towards classical Chinese subjects. The painters who decided to drop out of the school and continue to recreate scenes from the floating world, generally “city painters,” catered to a wider audience including the merchant and samurai classes.

As the century progressed, painting formats shifted away from large-scale screens to smaller hanging-scroll, album, and handscroll formats that could be mass-produced more quickly. This shift shows how art became more accessible to the middle-class, smaller scrolls could fit in smaller homes, instead of the large mansions artists had originally catered to. The art that was produced slowly started appealing to the middle-class, also. The content gradually became more focused on the special world of the pleasure quarters (brothels) that was of interest to the middle-class patrons; on individual houses; and finally, on the courtesans themselves, in hanging scrolls called Kambin bijin, or “Kambun beauties.”

The shift from genre painting to Ukiyo-e printing was a gradual transition, as woodblock printing was highly dependent on Ukiyo-e painting. Nevertheless, the woodblock did play an important role in the mass-production of the hand scrolls that had become so available to the middle-class of Edo. Printmakers were able to create multiples of the same exact image and experiment with new styles, and print masters like Hishikawa Moronobu (d. 1694), who habitually signed his work, were emerging with new subjects. Ukiyo-e captured the pop culture of Edo at the time, and it wasn’t until about 1720 that Ukiyo-e printmaking remained in a largely dependent relationship to Ukiyo-e painting.While masters such as Moronobu and Sugimura Jihei (worked c. late 1670s-1700) learned to exploit the bold contrasts and potentiality for cropping the composition of the graphic, the whole choice of themes and formats was determined by painting practice.

Hope you learned something! 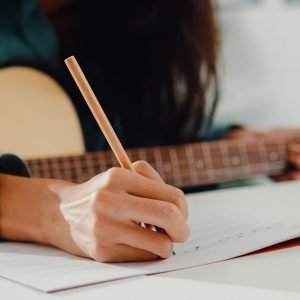 Songwriters Are Cashing Out Big On Their Catalogs

Listen to this article now Songwriters have been selling their life’s work for a big payout. In the last year,...