From a young age, we are conditioned to avoid topics like politics and religion in certain situations to avoid tensions and conflict. Historically, two of those situations are family gatherings and our places of business, which ironically involve the two groups we tend to spend the most time with and who know us the best. That being said, it seems those were the best groups to have these types of discussions with, yet before 2020, many of us have instead been reduced to having these discussions on social media. Whether it’s the cathartic anonymity of debating with strangers or the stark revelations about friends we thought we knew, all of that changed in March 2020; if you owned a small business, you were about to be challenged in every sense of your personal and professional life, and for the first time, avoidance and silence were no longer options.

The spread of COVID-19

The month started with a national shutdown to stop the spread of a global pandemic, better known as the coronavirus or COVID-19. Starting on March 19th, one in every three Americans were ordered to stay home, non-essential businesses were ordered to hit pause, and all of America was given a new normal, which included donning a facemask everywhere we went in public to help slow the spread of the virus.

As the number of those infected started to increase, for some Americans, the fear of losing tangible possessions and civil liberties overshadowed the fear of losing their lives. Videos were starting to go viral online of predominantly white Americans refusing to wear face masks and protesting about their rights to have access to beaches and beauty parlors. Business owners and their employees were seen in videos being berated and physically assaulted by people refusing to adhere to government mandates to wear masks and practice social distancing, yet complaining about everything being shut down.

Then on May 25th, the other shoe dropped, a video started to circulate online of a Minneapolis police officer kneeling on the neck of an African American man named George Floyd for almost nine minutes causing him to stop breathing and ultimately die. This video was just three weeks after two other unarmed black Americans were killed at the hands of police, one out for a jog and one asleep in her home.

Here we were, in the midst of a global pandemic that affects breathing to the point of death, and the world watched George Floyd use his final breaths begging to live and die at the hands of someone sworn to protect him. At this point, thousands of Americans had already died at the fate of COVID-19 yet watching one more unarmed black American die at the hands of law enforcement adding to the deaths of more than 1,200 African-Americans at the hands of police since 2015, proved to be more fatal to the souls of millions of Americans and the next day, protests started nationwide.

As businesses were already struggling to stay afloat and keep their employees motivated through the COVID pandemic, they were faced with the reality that racism needed to be discussed, and keeping silent was no longer the safe thing to do for customers or employees. Individual employees started to speak out like @GoldingGirl617 on Twitter, “There are black men and women in Zoom meetings maintaining ‘professionalism,’ biting their tongues, holding back tears and swallowing rage, while we endure attacks from a pandemic and police. Understand and be mindful.”

Then large corporations started to make public statements like Best Buy, who was one of the first corporations to release a statement, “We write about these … events … not because most of us know what this fear must be like. We are as a group, by and large, not people of color. We write this not because most of us have known anyone personally in a situation like this. Thankfully, most of us do not. We write this because it could have been any one of our friends or colleagues at Best Buy, or in our personal lives, lying on the ground, struggling to breathe or filming someone as they threatened us.”

What should small businesses do?

But what about small businesses who had already faced shutdowns or a significant loss in business due to COVID-19, would they take the risk of creating those old school tensions with customers?

As the owner of a small business based in San Diego, I was asked if I was afraid I would lose clients or “scare away” potential clients for posting #BlackLivesMatter and my response was, “No one I would want to work with would be scared away by standing up for my black friends, neighbors, colleagues, clients, or competitors. And if they are, I do not want to work with them”. The advice I gave my small business clients is this, there are 3.25 million people in San Diego, 39.78 million people in California, 331 million in the United States, and 8 billion people in the world; never use the excuse you are afraid of losing business as a reason to stand up for what you believe in.

Businesses shouldn’t be afraid to address issues such as racism, diversity, and inclusion, both publicly and privately. These affect communities so they affect the businesses within those communities, but be organic, this is not the time for cause marketing.  Stay focused on activism, support, and solutions. Create ways for your employees and customers to participate in positive change, not negative gains.

Remember, you went into business for yourself to be a leader and to fill a need, and right now the greatest need of all is for all people to know they matter.

Are there any small businesses you’ve seen making positive contributions to racial inequality or the pandemic? Let us know in the comments!

TikTok Is No Longer Banned, Thanks To Trump? 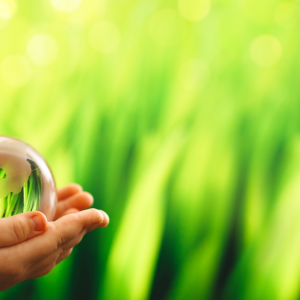 How To Save The World In Seventeen Steps

Listen to this article now Climate change is the number one threat to mankind. Recent scientific evidence has emphasized, and...