The stories of entrepreneurs are fascinating ones. Full of unconventional ups and downs, entrepreneurs’ stories are unique and full of passion and commitment. Their stories express the raw power of human desire through their unique thinking and desire for more. Entrepreneur movies come in a variety of styles. While some films present the stories of company founders through a realistic depiction of a documentary, some movies take a more outlandish approach through a blockbuster drama. Here are some of the top entrepreneurial films and TV shows that have come out in the last 10 years.

Contents
The Founder The Social Network MoneyballSilicon ValleyWeWork: Or the Making and Breaking of a $47 Billion Unicorn

A biopic about one of the largest food chain’s on the globe, salesman Ray Kroc saw an opportunity and took advantage no matter who it hurt. While Kroc’s practices can not be encouraged, there is no denying the determination that was behind his practices. The Founder is an entertaining story for those who are on the lookout for the next big idea. However, the tale also serves as a warning to be cautious of who you go in business with. This tale also serves as a pro-tip that becoming a successful entrepreneur doesn’t mean you need to create an idea on your own.

While there is no doubt that Mark Zuckerberg is a controversial figure today, back in the mid-2000’s he was simply known as Facebook’s founder. The Social Network dives into the story of how one of the first major social media platforms came to be. This journey depicts how once an idea gets momentum, things can easily spiral out of control. During Facebook’s initial launch, people got hurt and friendships were broken and this movie does not shy away from showcasing this. Mark Zuckerberg and Eduardo Saverin’s friendship continues to be broken as the rest of Facebook’s founders went onto other lucrative projects. This is a creative movie that doesn’t shy away from showing you just how smart Zuckerberg and his crew are. This fast-paced story goes through the trials of acquiring funding and how consuming the beginning of a startup can be.

Moneyball doesn’t tell the story of your traditional entrepreneur. Instead, the 2011 film shows the story of Billy Beane and his creative methods. Despite having a low budget compared to other MLB teams, Billy Beane transformed his Oakland Athletics club through analytical data and other non-traditional baseball methods. Beane’s story shares many similarities to early startups. Nearly every member of Beane’s staff had an issue with what he was doing and in the end he showed them all wrong. Non-traditional thinking is one of the largest parts of running your own business, and knowing you’re right despite criticism often separates who succeeds and who doesn’t.

Perhaps one of the accurate depictions of the tech world to ever grace a screen, Silicon Valley will make you feel like you’re in a tech startup. This HBO Max exclusive follows the adventures of a Silicon Valley based startup Piedpiper. While comedic in nature, the show depicts several stages of working in a startup. From thinking of a name, gaining inspiration for an idea, to landing funding, and eventually going public, Silicon Valley will show you every up and down of being an entrepreneur. While the show can be discouraging in how much of the downsides there are to being an entrepreneur, Silicon Valley does just as well of a job at showcasing the high points. If you’re interested in starting your own business, this is an essential show to watch.

WeWork: Or the Making and Breaking of a $47 Billion Unicorn

Without a doubt a wild ride, this documentary displays the story of an ambitious company and an intriguing founder in Adam Neumann. This documentary prones into the eccentric lives of Neumann and those around him and his actions that ultimately resulted in being forced out of his own company. Following Neumann’s departure, WeWork’s value tumbled and the company’s reputation still hasn’t fully recovered. WeWork and Adam Neumann’s story is one of a cautionary tale. While there is no denying Neumann’s success in bringing the company up, it’s important to remember the influence a founder has over his company.

When it comes to founding your own business and implementing a non-traditional strategy into your workplace, no two stories are alike. While not every one of these stories stems from reality, each depicts unique aspects of some of the challenges every startup or founder will face. There will always be individuals out there that will want to poch your idea and market it as their own just as there will always be opportunities around the corner. Like many entrepreneurs, these stories are about creatively thinking your way out of a problem. After all, turning problems into advantages is one of the most crucial aspects when it comes to running your own team.

What are some other movies entrepreneurs should watch? Let us know down in the comments.

10 Best CBD Products and The People Behind Them 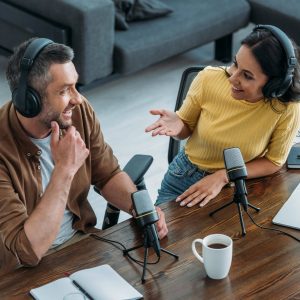 Listen to this article now Be a well-rounded business owner today, you not only need to master business and finance,...