There’s no denying that in years past the Gucci name has carried a certain air of exclusivity and sophistication. House of Gucci is here to remind us that legendary brands do not become successful by accident.

The Truth Behind House of Gucci

Some thought the acting was over-the-top, and that the cast’s Italian accents often teetered on Russian. Not even Lady Gaga could carry the melodrama and grandeur of the 2.5 hour film, which was heavy on the dialogue and decidedly light on actual humor and humanity.

Perhaps what is most intriguing about this film is where it leaves off. The Gucci family has sold off all of their shares, and the creative direction and logistic operations of the company are on the brink of something very different. House of Gucci does do a decent job of illustrating the plight of the tragic Gucci family. Between generational infighting and Maurizio Gucci’s murder by ex-wife (all true), it’s a wonder that the brand was able to remain afloat.

More than likely, the success of Gucci isn’t a symptom of what the family has achieved for their brand, but the outsiders that came in to save a dying name from itself.

Of the most memorable is Tom Ford, who is portrayed in House of Gucci as breathing life back into a tired company. (This part is also true.) In 1990, Gucci had taken a gamble in hiring a lesser known creative director from Texas. Perhaps in their first stroke of luck in 70 years, Ford would draw back the power of Gucci and catapult the brand in a much more colorful direction.

According to Vogue, Fall 1995 was the season that Tom Ford arrived, and he did it in vibrant seventies style and groovy green velvet. Forbes reported that ‘95 was the year Gucci relished revenues of half a billion dollars, and that number was nearly doubled by the close of ‘97. This was no small feat for a brand that was hemorrhaging money at the start of the decade, when it was unclear whether Gucci would have to forever close its gold and marble doors.

The resuscitation of a global brand takes a risk taker, and Tom Ford was willing to take that risk. See: 1997 men’s Gucci G-String. Ford left the brand in 2004 in favor of starting his own fashion line. You’d be correct in thinking that Tom Ford is wildly successful in his own right. One of his shoulder bags will run you several thousand dollars, making some of Gucci’s smaller (and most popular) purses seem affordable.

Today, Gucci is headed by Alessandro Michele, who shares in Ford’s fore-running spirit. Vogue describes Michele as being “a lot like the woman he champions: daring, curiously compelling—and with a streak of mystery and eccentricity.”

Michele has worked with Tom Ford at Gucci, having joined way back in 2002. In 2015, Michele was thrust into creative direction at the label, at the sudden release of his predecessor, Frida Giannini. The brand under Giannini suffered some of the same pitfalls as it did under the direction of the Gucci’s themselves. Gucci was less vibrant, less individualistic, more demure. In a 60-Minutes segment this past Sunday, Michele notes that fashion is all about freedom, and believes that at the core of Gucci is a “beautiful strangeness” that needs to be nurtured.

On the topic of freedom, Alessandro Michele manages to bring a certain fluidity to fashion, where gender roles and societal expectations are challenged. For Michele, the runway is as good a place as any to jumpstart world-changing conversation. He has taken Gucci from a merely desirable brand, to one that is revolutionary, bold, and truly daring in an era where camp is the reluctant norm. Gucci Fall/Winter 2021 collection is something to behold, with high-gloss leather and lots of feather boas.

If consumers haven’t been paying Gucci the attention it deserves all along, they will now that House of Gucci has raised so much intrigue surrounding the family name. It should be known that it’s not the history of infighting, nor murder, that makes Gucci a multi-billion dollar name. The success lies in the legacy of the artists who work tirelessly to keep a 100 year-old brand culturally significant.

Names like Tom Ford and Alessandro Michele carry weight in their own right, but it’s the visionaries behind the smokescreen that uplift one of the world’s most coveted brands, in a way that House of Gucci fails to do.

Have you checked out House of Gucci yet? Let us know your thoughts down in the comments. 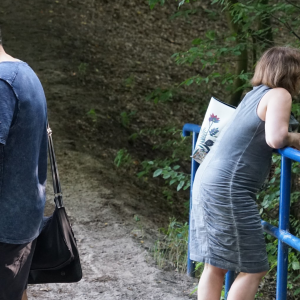 Listen to this article now The idea of giving something 100% of your time and effort has always been associated...