If you haven’t yet heard the music of recording artist and producer CARSON, you soon will. At just 22 years old, he’s writing and producing lyrics far beyond his years. His music is passionate, romantic, catchy and mature. In his own words, the musician describes his style as a mixture of synth pop with soft rock influence. He’s been writing and recording since the age of 14, so he’s by no means a newcomer to the industry.

“I’ve been cultivating my mediums for almost ten years now, and I’ll do it for another ten.”

CARSON enjoys making music, and it translates in his work on stage and in the studio. His music is fun and emotional. With a calendar filled with upcoming shows, we talked to the artist about his sense of style and how he spends the days when he’s not performing.

How would you describe your personal style?

“Well, on a regular day you’ll catch me in a flannel or graphic tee with skinny jeans and theses black worn-out suede Chelsea boots I have. I’d probably be nursing a beer at the bar Hell’s Kitchen. Being in New York for so long, you set a bar whenever you’re going out and that’s my bar. If it’s not a performance, I’m not in full makeup and couture. I just don’t care enough.

“When I’m doing a performance, anything goes. I’m a huge fan of sequins, textured fabric, bold and abstract patterns. It’s really whatever I feel like being seen in that night. That’s really where my theatrical background comes in to play.”

How do you plan what you will wear for a performance?

“I’m very calculated. I’m a visionary. I hate uncertainty and I could never go into something without a vision. To me, performances are always a first impression and I like to make a strong first impression. I save a lot of ideas on my phone, or I write them down in my journal. Money is very tight right now. I’m usually always broke, so finding a way to style on a budget is key. If I look ridiculous, I’d still be happy. It’s better to look ridiculous than looking plain.”

Do you have any favorite designers?

“Yes! For The Bowery Electric I’m wearing JD Collections. Besides that, it’s really Louis Vuitton, and that’s it. There’s something that I’m fixated on about the monogram canvas, and the oxidation of the Vachetta leather. It’s like the cowhide has its own personality and ages beautifully with the bag. I like the monogram eclipse too but I generally stay between the two. I have three LV pieces: a keepall 55, an iCare and another piece of carry-on luggage that’s discontinued. I love them all. “

Besides making music, do you have any favorite hobbies?

“Not really. I’m such a workaholic. Honestly, if I had another one it’d be seeing my boyfriend. We go to the movies and go out to dinner a lot. Even if we just hang at home and he works and I do music, I love it. He inspires me. I used to go out and drink at the bars in Hell’s Kitchen a ton, so it’d be drinking and music that were my hobbies but lately I’ve cut back on my alcohol. So, besides my boyfriend and being ridiculous with a couple of close friends, I don’t do much. Some people think it’s boring, but I find it exhilarating being obsessed with my work.”

Do you have a favorite way to spend a weekend?

“Working on whatever music I didn’t get to work on during the week. I know it’s probably boring, but I love getting creative in my apartment and sitting in front of my keyboard and notebook, playing with different synthesizers and drum kits. I live alone right now, so I have the freedom to do that. Besides that, any weekend I get to see my boyfriend is a weekend well spent.”

Who would you consider your style icon?

“Bob f—ing Mackie. He’s such a genius! I love everything he’s done. He can do no wrong by me. If Bob Mackie had ever dressed Kurt Cobain, I’d probably be dead of an aesthetic orgasm. It’d be a lethal combination of my two favorite styles; savage casual/grunge and flamboyant showmanship.”

Just like his music is a meld of genres, so too is his sense of style on and off stage. CARSON is blurring lines across both fashion and his work as an artist. A young visionary who we think will be just like his coveted Louis Vuitton bag: unique in his own right and aging beautifully as an artist with time and experience.

RELATED: Why Antoni Porowski Is Our Style Icon

What do you think about CARSON‘s style? Let us know your thoughts down in the comments and connect with us on social media!

5 Tips To Lend You A Hand In Business and Life

Can Obsession With Sports Lead To Heart Failure?

Elizabeth Hazard is a photo director, producer and writer with several years of experience producing content for magazines, websites, brands and artists. A published author, she frequently writes about fashion, art and cultural topics for websites and publications. 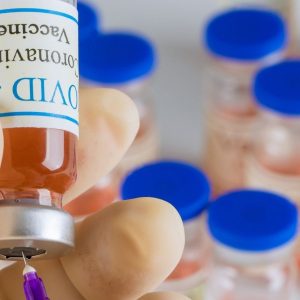 Some Business Are Paying Their Employees to Get the Vaccine

Listen to this article now The vaccination for COVID-19 is rolling out faster than ever before. With the number of...