With the rise of Hollywood blockbusters such as The Wolf of Wall Street contributing a breath of fresh clarity into the realities faced by entrepreneurs, many new business leaders are turning to the cinematic world to learn more about the challenges of the modern business landscape.

However, one often criminally-overlooked area of cinematic genius in this genre is Bollywood, which has been pumping out some of the most inspiring and insightful movies around up-and-coming business leaders.

We decided to sit down and take a closer look at a range of Bollywood movies about entrepreneurs. From a culture that has produced some of the fiercest business-minded people on the planet, let’s take a look at what they can teach an entrepreneur in the 21st century.

Guru was directed by Abhishek Bachchan, released in 2007, and has become a classic in Bollywood cinema. The movie paints a brilliant reflection of the life of a man, Dhurubhai Ambani, finding his way into founding the Reliance Empire.

Although the writer of the movie have never admitted that it follows the tale of Ambani, it was clear to critics and audiences around the world that it directly references the tycoon’s meteoric rise to success.

This movie will provide a deep insight in the challenges of entrepreneurship in the 1950s, offering a grueling but honest take on what is required to succeed. Guru is regarded as a must-watch for many business leaders in India, and it isn’t hard to see why.

Baazaar hardly made waves when it first aired in 2018, but quickly developed a following as the movie left the theatres and became more widely available. The movie depicts the business of Dalal Street, exploring the types of deals that were being struck behind closed doors. The movie offers an important insight into many of the tough decisions that can define an entrepreneur’s success or failure, and the ease of falling into the temptation of greed and quick returns.

Rocket Singh – Salesman of the Year

Rocket Singh follows a man with the same name as the title, as he steps into the world of being a salesperson on the ground floor. He launches his own company, whilst keeping his day job, using company resources for his own business.

This movie is a great look into the struggle that entrepreneurs face in their early stages, and offers a glimpse into the mental strain and defining characteristics that push new business leaders to their success.

This movie has become a cult classic in Indian business circles, encapsulating the ideals of what it takes to succeed, and the cost of success in the early stages of our careers.

This is an interesting one on this list. Band Baaja Baaraat is a romance movie, following a fiercely-motivated female lead and a nonchalant male lead. The core concept of the movie surrounds them building a wedding-planning business together, and is an interesting take on how two people with very little business sense find success.

The main reason many watch this movie is not for the wisdom involved, but instead the mistakes. The story maps out many common mistakes, both big and small, that many entrepreneurs make when starting out in a vicious business world.

TVF Pitchers is one of the most popular TV series in India for the business world. While not a movie, it is a Bollywood production that follows the story of four boys and the journey they take as they create their own business.

The series is filled with to the brim with comedy, but with powerful undertones of what it means to be successful, with the mistakes and costs that come with it. TVF Pitchers is one of the most recommended pieces of media pushed onto Indian business students, and you’ll be hard-pressed to find an Indian who hasn’t heard of it.

Corporate basically tells you everything you need to know from its title. The movie provides an incredibly candid insight into the business world of India, and doesn’t hold back any punches when it comes to revealing what the director sees as “The truth of our business world.”

The movie is a valuable resource to attain a powerful point of view about the business world, and you may perhaps see much of your own business struggles within it. Focusing mostly on ethics, and workplace culture, the film pushes the main characters to overcome the often-subtle obstacles of business success.

Hindi Medium is about a self-made businessman trying to get his daughter admitted into a prestigious school. However, to do this, he has to prove his literacy, which the father does not have. To overcome this challenge, the father instead pursues a method of getting his daughter in through the disguise of being “lower-class”, forcing them to move to a poorer neighborhood, and struggling with the realities that many lower-class people are challenged with daily.

The story is not directly about business, but what it reveals is an inside perspective into how society places value on traditional education. It challenges the norms of Indian culture, and explores how the less traditionally-trained business leaders in this world offer a unique value to their pursuits.

Raajneeti is a story of political vendettas and vengeance. It is a grim take on the political landscape and the ever-present struggle for power, and how this shapes the people involved. Whilst not directly looking into the business world, Raajneeti provides a provoking – and sometimes confronting – insight into how people in these toxic environments are forced to change to survive.

Special 26 is the story of a group of heisters who pull off one of the biggest heists in India. This movie is valuable for entrepreneurs as it showcases how creative business solutions and subtle executions led this group to become a legend in the Indian business world.

We mean a literal legend. The events of Special 26 depict a real heist that took place in India, and is still known as one of the largest of its kind.

Got any more Bollywood movies to recommend for entrepreneurs? Let us know in the comments!

As Weed Is Legalized Nationally, Even Ben & Jerry’s Is Taking Advantage 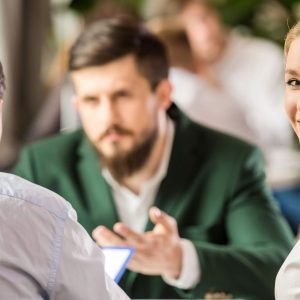 How to reduce the taxes on your business?

Listen to this article now Taxation is as old as ancient Egypt, which means the taxation concept was born around...