A pharmacist’s duties include preparing and dispensing medicinal drugs. However in some cases, federal law requires pharmacists to play an even more important role. While a doctor prescribes drugs to their patients, it is up to the pharmacist to make sure that powerful drugs only be disrupted for legitimate, medical purposes.

Thousands of cases have risen in the past decade where those diagnosed with ailments and diseases were prescribed opioids. While painful, treatment for these ailments typically do not include highly addictive narcotics. When doctors prescribe these drugs with serious risk of addiction and pharmacists fill them, no questions asked, it contributes to the opioid crisis severely.

A recent NPR investigation uncovered that Walmart continuously ignored the recommendations of their pharmacists and the red flags they brought up regarding opioid distribution. Over the past decade, in the midst of the opioid crisis, Walmart shipped hundreds of millions of opioids across the country. The destination of these drugs were typically in their rural pharmacy locations.

A pharmacist in rural Michigan, Ashwani Sheoran, recalls how concerning it was to him to work at a Walmart pharmacy. Before the store opened, lines of people waited to fill their prescriptions. People who looked healthy obtained prescriptions for highly addictive drugs. In some cases, people drove hundreds of miles for a refill. Sheoran often called doctors to question why they prescribed these drugs in the first place. Most times, he struggled to get the doctor on the line. Sheoran took the next step and contacted Walmart HQ, explaining that these drugs were being distributed alarmingly. Highlighting that Walmart pharmacies distributed opioids for non-critical cases, he was persistent in making sure Walmart knew what what was happening in their pharmacies.

Sheoran was not the only pharmacist to show concern. Records show pharmacists all over the company were warning Walmart headquarters. All of these pharmacists were urging Walmart to drop primary care providers who prescribed highly addctive drugs without absolute cause. However, despite all warnings and pleas, nothing changed. In actuality, the opposite happened. Pharmacists who emphasized the issue were met with threats. If they contacted the DA or police, Walmart would terminate their jobs. Sheoran ended up contacting the police and the DA, despite this. Walmart initially suspended him and then ultimately fired him.

Federal regulators took note of this issue back in 2011. Due to pressure from the DEA, Walmart signed an agreement where they promised national reform. Concerned pharmacists believe that the agreement equaled out to be nothing more than a charade, as nothing changed then, either.

Walmart has declined to make a comment to any news outlet, including NPR where this investigation all started. However, their legal team argues it is the government’s duty to make sure doctors are prescribing correctly, not theirs. Only time will tell if that argument holds up, as they face many ongoing legal battles around the country.

What are your thoughts on Walmart and the Opioid crisis? Let us know down in the comments.

3 Tips For Leading Your Team Through A Productive First Quarter

How Much Does It Take To Win? 85% Says Hugh Jackman 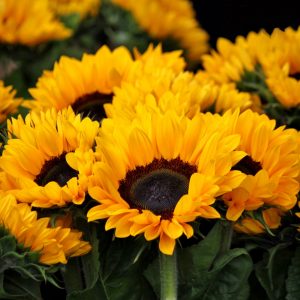 unflowers are bright, bold, and a source of joy for many. Their seeds and oils are used in a variety...