According to current estimations, Mark Zuckerberg’s net worth has dropped by more than half this year, knocking him out of the top rankings of the world’s richest as his firm Meta suffers with an identity crisis.

Zuckerberg, 38, has lost a massive $71 billion in on-paper fortune since January, when Facebook parent shares hit new lows. His net worth has now been calculated to be $55.9 billion.

This places Zuckerberg at No. 20 on the Bloomberg Billionaires Index’s ranking of the world’s wealthiest people, his lowest position since 2014. The Facebook founder began the year ranked sixth.

That’s a big cry from May 2020, when Zuckerberg was the world’s third-richest man, trailing only Jeff Bezos and Bill Gates with a net worth of $87.7 billion. Last September, his fortune reached an all-time high of $142 billion, putting him in fifth position, only below titans such as Elon Musk, Jeff Bezos, Bernard Arnault, and Bill Gates.

The decline began soon after Zuckerberg declared that Facebook will rename as Meta and move its attention to the metaverse. According to sources, the costly project cost Meta $10 billion in investments last year alone and was highly ridiculed by the public as well as certain firm workers.

The metaverse campaign is just one more worry for Zuckerberg, whose firm has been under heightened congressional investigation when whistleblower Frances Haugen testified last year about Instagram’s negative impact on teen mental health.

In addition, the firm is dealing with stagnant user growth on its platform amid a period of intense competition from other social media sites such as TikTok. Meta revealed its first quarterly revenue decrease in history in July, as it dealt with the consequences from a worldwide economic slowdown and a faltering ad sales section.

All of these characteristics have created challenges for Meta, according to Laura Martin, senior internet analyst at Needham & Co.

She stated that the corporation is under “excessive governmental scrutiny and involvement” and that it “must reclaim these users from TikTok.”

Meta’s stock has dropped over 60% since January. The majority of Zuckerberg’s fortune is derived from his stock holdings. Meta has underperformed the tech-heavy Nasdaq index, which is down 27% during the same time span.

Zuckerberg lost around $30 billion of his on-paper riches in a single day in February.
Meanwhile, as the economic outlook worsens, Meta has implemented cost-cutting measures, including a hiring slowdown. On June 30, Zuckerberg told staff that the firm will be “turning up the heat” to get rid of people “who shouldn’t be here.”

Bill George, a senior scholar at Harvard Business School, warned earlier this month that Zuckerberg was “continuing to wreck” Facebook.

George stated that Zuckerberg “fired his crew” and began “chasing money” rather than focusing on his firm correctly. He also accused Meta’s CEO of surrounding himself with sycophants rather than candid counsel.

“It’s really bad Mark is really derailing right now,” he continued. “And, frankly, I believe his affluence got to him. We have witnessed the perils of seeking money and being the wealthiest person around.”

What do you think of Mark Zuckerberg’s net worth drop down? Let us know in the comments below.

Expert on How to Look Stylish as a Digital Nomad 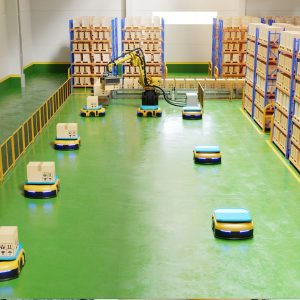 How Automation Will Change Leadership and Management

Listen to this article now The future is here! It’s not a science fiction plot anymore to say that technology...