For more years than I can remember, music streaming platforms like Pandora, Apple Music, and Spotify have been around. Some of us pay money every month to listen to music without ads and other listen to the ads, but nearly everyone across the globe uses a music streaming platform. When an artist we like finally releases a new song we get thrilled and listen to it on repeat which brings in the money for these artists and the creative team behind them. But what we don’t really think about is how that money is being divided and who is getting it.

Well, it turns out that there is nearly 424 million of unclaimed dollars that these music streaming platforms are keeping because they don’t know who to give it to. And this issue is truly because of the rise of the streaming platforms. What we have seen since the rise of the streaming platforms is that these companies have been setting the money aside to pay these copyright holders, songwriters, and publishers with the Mechanical Licensing Collective. The money goes in as “unmatched royalties,” and they can’t start paying the right people out until they know who the right people are.

In order for these copyright holders, songwriters, and publishers to get their earned money from these streaming platforms, they need to apply to be MLC members. After that is done, they should receive their payments as soon as April. The cool thing about being a member with the MLC is that this problem will most likely never happen to you again. You would go into a public database and you would have the ability to submit royalty claims and get the money you earned.

For far too long, songwriters and music publishers have been fighting for their right to be paid and now they are finally able to do just that. Under the Music Modernization Act, the licensing of music has been updated and has ensured that every participating party in a song is getting their cut.

What are your thoughts on songwriters finally earning their money? Let us know down below!

5 Self-Talk Tips That Will Brighten Any Entrepreneur’s Day 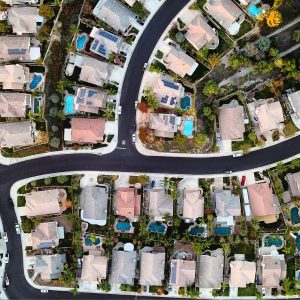 Housing Market Crash On The Way?

Listen to this article now With relatively low mortgage rates and more people reassessing working from home, the housing market...