Peter Jackson, director of the Lord of the Rings and Hobbit film franchises, is selling Weta Digital to tech firm Unity for $1.625 billion. Weta Digital was co-founded by Jackson and is responsible for the effects in some of the most visually impressive films the industry has ever seen.

Aside from Jackson’s own films, the six-time Academy Award winning studio is the place behind such films and series like Black Widow, Avatar, Game of Thrones, The Suicide Squad, and many more. Weta has become one of the most prominent effects studios used today. This deal is certainly a nice chunk of change for Jackson in addition to the billions of dollars his films and studios have generated over the years.

Unity is known for the Unity Real-Time game engine, which has created life-like virtual tools for games such as Fall Guys, Pokémon Go, and Call Of Duty: Mobile. With this purchase, Unity will be acquiring Weta’s 275+ engineers who build and maintain the company’s digital tools; tools which include Manuka, Gazebo, Squid, Koru, and many others. These tools and platforms serve such purposes as animating and rendering faces, creating 3D cities and landscapes, physics-simulating, real-time rendering etc.

In a statement shared by Unity on Tuesday, it was revealed that these “tools, pipeline, technology, and engineering talent” was what the company was mainly in pursuit of with this purchase. Weta Digital’s remaining visual effects teams will continue to exist as a standalone entity called WetaFX, which Jackson will maintain majority ownership over.

Peter Jackson has certainly come a long way from his humble beginnings directing B-Horror movies. His first feature film, Bad Taste, follows a small town whose population disappears and is replaced by aliens that chase human flesh for their intergalactic fast-food chain. Jackson, who funded the majority of the film himself, shot it on weekends over a four-year period with friends playing the lead roles. He made all the costumes and props himself, and even constructed his own counterweighted steady-cam device.

Now, his films alone have made over $6.5 billion, making him the third-highest grossing film director of all time. Peter Jackson is evidence of what can happen when one puts in the time and hard work needed to successfully achieve their dreams.

What do you think of Peter Jackson’s recent deal? Let us know down in the comments. 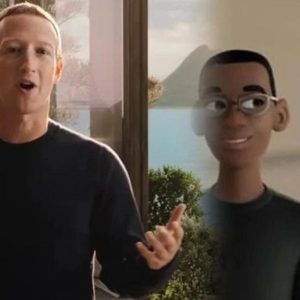 Zuckerberg's spending has been described as "terrifying, especially by Silicon Valley standards."

Listen to this article now Altimeter Capital Management, a stakeholder in Facebook-parent Meta Platforms, stated in an open letter to...