It’s hard to imagine a time where virtually every movie wasn’t at your fingertips. Nowadays, any movie that is on your mind is no more than a few clicks away. However, before the era of streaming, video stores swept the nation. People had to rent their movies by the week or day. While most of these chains went out of business in the past decade, the last one standing unfortunately succumbed to the same fate.

After forty years of business, Family Video officially called it quits. At the beginning of 2020, they had over 500 stores across the nation, largely outlasting their competitors. In fact, the week before the nation shutdown in March, Family Video had their best week in recent years. Many Americans were stocking up on their favorite movies before lockdown. Ultimately though, the pandemic brought the company more hardship than prosperity.

Not only was business impacted by COVID-19, but the heightened support of streaming services did Family Video no favors. In the past year, streaming services doubled their subscribers. 75% of American households subscribe to at least one streaming service. These services can cost as little as $5.99 a month. For that price, a subscriber can watch an unlimited amount of content, with no deadline on when they watch it. Whereas for that same price, customers could get two, maybe three, movies, all due back on a certain date. The pandemic also caused an ongoing delay of movie releases, which meant nothing new was coming out on DVD.

Family Video was able to outlast competitors so long because of the real estate they owned. What Blockbuster and Hollywood Video lacked was owning their own properties. Family Video, by comparison, owned most of their locations. When the demand for DVDs went down, they made their locations smaller and rented out the extra store space.

Of course, not too much will change for film buffs. Movies are still readily available across different platforms. However, the age of going into a movie store and roaming the aisles until you and your family can all agree on something is now over. So savor the memories that you have of being excited over your parents letting you rent the newest scary movie and bought you junior mints. And if you find yourself missing that feeling post-pandemic, you could always travel to Oregon. There, the last standing Blockbuster is located as a tourist destination.

What do you think of the last remaining video store closing? Let us know down in the comments.

7 Of The Biggest And Most Disruptive Startup Acquisitions In 2020

The Most Powerful Secret Weapon Many Entrepreneurs Use 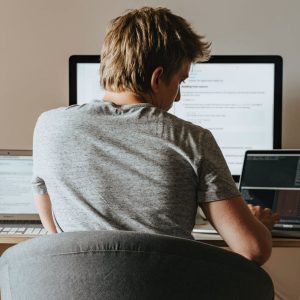 Listen to this article now The pandemic changed the workforce when it hit 19 months ago. You saw business closures...