Mark Cuban has purchased a 77-acre Texan town named Mustang. In an email to NBC News, the 63 year old owner of the Dallas Mavericks gave his reason for the purchase; “Did it to help out a friend. No plans yet!”

While the final sale price for Mustang has not been disclosed, the deal reportedly closed for less than the initial asking price of $4 million. This is undoubtedly a steal for Cuban, whose net worth sits comfortably at around $6 billion.

Mustang doesn’t have much else besides a trailer park and a strip club, reports CNN, but it does have potential. It’s about an hour’s drive south of the home of the Dallas Mavericks, leaving ample opportunity for Cuban to expand his basketball empire. (Or, maybe he’ll go back to his tech roots, and establish the Silicon Valley of the South?) Regardless, one can imagine that the 21 residents of Mustang would not mind their small town getting a little revival either way.

Mike Turner, president of the real estate firm that represented the sale of Mustang said, “With his [Cuban’s] resources and imagination, I’m sure there are endless possibilities.”

What do you think of Mark Cuban purchasing an entire town? Let us know down in the comments. 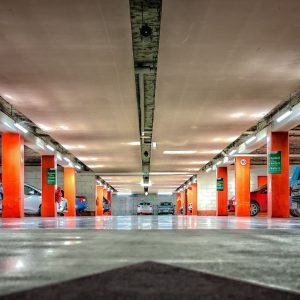 Next Time You're Looking For Parking, Restaurants Might Do This

Listen to this article now Big cities are notorious for horrible parking. In fact, in some cities, residents will pay...