Ask yourself this: How often do you rely on Google? Between Docs, Gmail, and Search, busy entrepreneurs regularly rely on the Google ecosystem. But a wide range of antitrust lawsuits threatens to change the way we work and, more importantly, the way we access information.

Google has recently joined the list of Big Tech companies undergoing lawsuits in federal courts from a government that has become increasingly concerned that these tech giants will dictate the future of commerce, communication, and culture.

Now, Google is in their crosshairs for creating a scheme with Apple that would deny competition in the search market and expand its existing monopoly. In the lawsuit, the US Department of Justice said Google has been paying Apple between $8 billion and $12 billion every year to make Google the default search engine on Apple smart devices. Google also has had similar financial deals with smartphone manufacturers LG and Samsung since 2018.

Google’s response evokes a bigger question—how is the search market even defined? The government defines the market as “general search.” It is like the starting point for anything you want to look for, that then leads you to other websites. With this definition, Google owns 90+ percent share of the general search market.

But Google is not just a search tool. It is an information HUB. Unlike DuckDuckGo and its competitors, Google factors in who you are when you are searching for information. In the age of concerns over data privacy, this is an often overlooked advantage for searchers who often use Google services.

How Regulation Impacts You

States want to break up Google’s business to give competitors such as Yelp and TripAdvisor a chance to be at the top of search results. Currently, most of Google’s services are highlighted at the top of the search results. Herein lies the problem. If Google is forced to operate as a simple search engine, that would limit Google’s usefulness and just make things worse for users. Instead of getting direct answers to relevant questions, users may have to scroll through pages and pages of inferior results in the name of a “fair and open market.”

What do you think about the Google lawsuit? Let us know in the comments below! 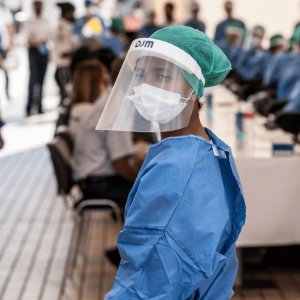 As we reach the year and a half point of the pandemic, public opinion on COVID-restrictions continues to vary widely....