Elon Musk may soon be forced to dip further into his own pockets than he intended to finish his Twitter acquisition — and may already be scrambling to free up cash, according to insiders.

When Musk originally proposed buying Twitter in April, he planned to put up $10 billion to $15 billion of his own money — a figure that included $4 billion in shares he’d previously acquired — toward the site’s $44 billion overall price tag, according to The Washington Post.

According to a hedge fund manager tracking Musk’s finances, Musk could now be on the hook for an additional $19 billion in cash to supplement the debt financing and equity he has arranged to pay the Twitter bill, following his surprise offer on Tuesday to avert a trial by going through with the deal for its original price.

The $19 billion cash amount is based on Musk’s announcement in May of a group of roughly two dozen co-investors who had pledged a total of $7.1 billion in pledges. If any of those co-investors back out, including Oracle co-founder Larry Ellison, cryptocurrency exchange Binance, and venture capital behemoths Andreessen Horowitz and Sequoia, Musk will be obliged to make up the difference with even more cash.

According to Binance spokesperson Jessica Jung, the business is “still committed” to contributing $500 million towards Musk’s proposal. Requests for response from Ellison, Andreessen Horowitz, and Sequoia Capital were not returned.

According to public papers, the entrepreneur has raised over $15.5 billion in cash by selling Tesla shares in recent months. Analysts believe he may borrow against the $40 billion in shares he holds but has yet to sell to raise the additional billions.

While Musk stated in August that he had no plans to sell any additional Tesla stock, the company’s price has dropped roughly 6% since news of Musk’s most recent attempt to purchase Twitter surfaced on Tuesday.

Musk, who had sought to be Twitter’s largest shareholder but now owns less than 50% of the business, had hoped earlier this year to encourage private equity companies to join the offer in order to limit the amount of cash he committed closer to $10 billion or $15 billion, according to sources. According to accounts, his attempts were futile.

One investor who pondered teaming with Musk told The Washington Post that he backed out because the mogul’s Twitter growth estimates were based on guesswork rather than actual statistics.

“He believes he can make money doing this or that,” the possible co-investor explained. “He has no idea.”

According to Reuters, private equity companies Apollo Global and Sixth Street have also walked out of discussions with Musk to help finance the transaction.

According to a source familiar with the case, Twitter is only likely to request a stay in its lawsuit against Musk if the two sides strike an agreement and submit it with the Delaware Court of Chancery.

Even yet, the corporation would only abandon its case if it gets the entire $44 billion in the bank, according to the source.

In a court filing Thursday afternoon, Musk unilaterally requested a stay in the litigation, saying that he expected the agreement to finish on Oct. 28.

“Twitter will not accept yes as a response,” Musk’s attorneys stated in the lawsuit. “Amazingly, they have insisted on advancing with this case, irresponsibly putting the acquisition at risk and gambling with the interests of their investors… Going to trial is not just a huge waste of party and judicial resources; it also jeopardizes the parties’ ability to conclude the transaction.”

According to experts, Musk is forbidden from selling Tesla shares prior to the company’s Oct. 19 earnings release, raising the prospect that the Oct. 28 date provides him time to sell Tesla shares.

According to legal experts, the fact that Musk’s motion was not signed by Twitter makes it highly unlikely that the judge would issue a stay.

According to sources close to the proposal, the latest round of discussions between Musk and Twitter, which began when Musk delivered an offer letter late Monday, was still happening as of late Thursday afternoon.
According to Bloomberg, two points of contention are Musk’s desire to reserve the right to sue individual Twitter executives over his claims that he was misled about spam accounts on the site, and a line Musk included in his offer letter stating that he would proceed with the deal “pending receipt of the proceeds of the debt financing.”

Musk has secured $12.5 billion in debt funding from seven banks, lead by Morgan Stanley. Analysts monitoring the case believe that the banks will almost certainly be unable to back out of the loans, despite the fact that they would incur significant losses.

What do you think of that Twitter’s possible acquisition? Please let us know in the comments.

Is eToro As Trustworthy As They Say? 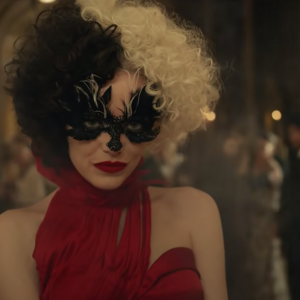 Disney’s latest live-action film Cruella is creating a lot of buzz as the modern twist proves relatable with audiences. This...