Due to the low birthrate that China is currently seeing, they are encouraging Chinese women to have more children to stave off the demographic rates. In Xinjiang, China, many Muslim ethnic minorities face extreme punishments if they have any more children. These women, forced to become sterile, get IUDs, and their reproductive rights are violated, live in constant fear and oppression. These women are facing extreme human rights violations in China. They are being deterred to internment camps and are facing genocide due to the elimination of population growth of Muslim minorities.

China has forced Muslin, Uyghurs, Kazakhs to go through reproductive alterations to force them not to have children. They are under strict watch, are being closely monitored, and are threatened with internment camps and prison. These women don’t have any freedom to live their lives. To this regime, age doesn’t matter; China is going after women in their 50s and beyond to become sterile. They are doing everything in their power to oppress this group of women.

These women are facing strict punishment if they decide to disobey the government’s restrictions. If they refuse or have too many children, these women are forced into detention facilities and internment camps. In these camps, anything can happen to these women, from rape to the forced usage of drugs to stop their menstrual cycles. These camps are denying women their human rights. If a woman decides to go through with the sterilization process, obtains an IUD, then they undergo more indecency in the privacy of their homes. Women who recover at home have a government onlooker who watches their every move to record when they are in discomfort and, in one case, has even violated a woman sexually and physically. These women endure so much trauma because they endure inhuman acts and violations by their government.

China is still under a communist regime. Ultimately, privacy, censorship, public ownership, and work ethic have become severe ethical issues. Multiple human rights advocates and governments are calling out China on its violations. The United States, under former President Trump, declared that China was violating human rights and said their actions were a genocide. In March 2021, the Biden administration affirmed this as well.

Due to the very public experiences of these women, especially one from a woman named Ms. Sedik, the United Stated based its decision to condemn China on it. Because these women are stepping forward, they can share their stories with people around the world. However, just because the world knows about these stories doesn’t mean that the Chinese government has ended its draconian ways. They continue to suppress these women, and they still live in fear.

In the comments below let me know if you’ve heard of this before.

This was originally published on GREY Journal.

4 Podcasts For Women By Women 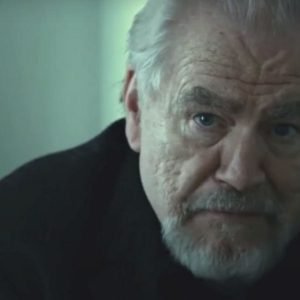 8 Things Logan Roy From HBO's Succession Has Taught Us

Listen to this article now If you haven’t seen the HBO smash hit show that has been on for three...