When working in male-dominated industries, women face many challenges. A few of these challenges include society’s beliefs on women’s capabilities and the stereotypes surrounding what women are “supposed” to do. And still, to this day, there are issues with the gender pay gap. However, despite these statistics, there are women who are killing it in male-dominated industries. Here are a few of those amazing women:

Statistically, only 10-15% of women study engineering during their undergraduate years. And only 13% of engineers are women today.

However, these statistics didn’t stop Aisha Bowe, a former NASA rocket scientist, from defying the odds. Born in Michigan, Bowe found her love for mathematics at a local community college. After finding her passion, she went on to receive her undergraduate degree in aerospace engineering at the University of Michigan.

Bowe’s work in engineering led to her becoming a NASA rocket scientist, where she served as a liaison to the MESA Program.

Today, Bowe is the Co-Founder and CEO of STEMBoard, a certified Economically Disadvantaged Women-Owned Small Business supported by the U.S. Women’s Chamber of Commerce. The organization’s goal is to close the gap between educational achievement and minority groups through STEM. In 2020, STEMBoard ranked in the top half of the 2020 Inc.5000 fastest growing companies in America.

In the tech industry, only 34.4% of women are within today’s largest tech companies. However, there are women who stand out within this male-dominated field.

Tiffany Norwood is known as one of the first successful black female tech entrepreneurs. Norwood was able to raise over $670 million to fund her startup in her 20s. She used those funds to build the first-ever global digital radio platform. This creation supported the development of technologies of MP3/MP4 and XM Radio. Considered a serial entrepreneur, she developed seven startups, two IPOS, and a patent.

During the 1970s, Norwood taught herself how to code, and her skills led her to Cornell College of Engineering. She received her bachelor’s in economics and received an MBA from Harvard University. This led to her developing her startup in the 1990s.

Currently, Norwood is the Founder and CEO of Tribetan, a company that is focused on educating people about entrepreneurship, innovation, and creativity. She mentors founders around the world and works with companies and organizations to develop proactive ways to make a difference in their field.

Ng’s love for sports started at a young age as she grew up playing stickball. She began playing softball at Ridgewood High School and continued at the University of Chicago. During college, she interned with the Chicago White Sox where her career path started. She’s worked with New York Yankees and the Los Angeles Dodgers as an assistant GM.

Today, she currently serves as the general manager of the Miami Marlins and is the highest-ranking female baseball executive. In 2015, Ng was ranked as #5 on Forbes list of the most powerful women in sports. And in 2021, she was selected as Forbes 50 Over 50.

Who are some other women killing it in male-dominated industries? Let us know down in the comments.

Disney And Black Widow: The Problem With The Disney Plus Release 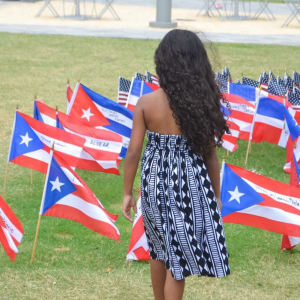 How Two Founders Turned The Pulse Tragedy Into Success

Listen to this article now There comes a time in every successful entrepreneur’s life when you are faced with adversity,...