Jon S. Rennie is a veteran and CEO who has been a leader for 30 years. After serving in the Navy and then working over 20 years in a corporate setting, Rennie has gathered all the knowledge he accumulated about leadership and compiled it into a single book. I Have the Watch: Becoming a Leader Worth Following is an Amazon bestseller and details everything he learned from his time as a Naval Officer to becoming the cofounder and CEO of global manufacturer, Peak Demand Inc. Learn about Rennie’s experiences as a veteran and why he believes there is a lack of strong leadership in today’s business world.

From Naval Officer to CEO

Jon S. Rennie was raised in Manchester, New Hampshire to an all-American blue collar family. His mother was a nurse and both his grandfathers served in WWII. As a kid, Rennie was taught that good things would come to him as long as he worked hard. He always had a strong pull to serve on a submarine and after receiving an ROTC scholarship from the Navy at age 17, Rennie studied nuclear engineering before joining the service.

Over ten years, Rennie completed 7 tours on the USS Tennessee. During this time, he rose the ranks to become a Naval Officer where he first learned the power of leadership. After discharging from the Navy in 1994, he became the design engineer for a global manufacturer and eventually managed 8 different plants. In 2016, he cofounded Peak Demand Inc. in order to meet the rising needs of utility and OEM customers all over the world. Rennie recalls that adjusting from life in the service to working in the corporate world was a bit of a challenge.

“The first six months, I was going crazy. We all sat in desks and cubicles and nobody walked around. I never sat that long before. It seemed strange to me because [on a submarine] we were always moving and doing maintenance. We were always busy. So it was difficult adjusting to that lifestyle.”

Another thing Rennie struggled with was adjusting to the “we can do that tomorrow” mentality ever-present in corporate America. Putting off tasks was a luxury he never experienced in the Navy because everything was always a life-or-death situation. “As a veteran, you’re always on high alert. So I had to learn how to slow down and relax.”

“Leadership is a people business.”

While performing tours, also known as patrols, Rennie lived underwater for 80-90 days at a time. With no connection to the outside world, Rennie says it gave him the chance to get to know his crew very well. He learned the value each person brought to the the table and that’s when he began to realize there is no such thing as a cookie-cutter approach to leadership. Every person is unique and a good leader has to recognize their strengths and weaknesses and learn to lead them from there.

This is especially true today in light of the COVID-19 global crisis. Rennie says now is not the time to conduct long-winded emails. The best thing a leader can do is reach out to employees and connect with them one-on-one. When you focus on people first, you can achieve any objective. Not the other way around.

“There’s a phrase in my book that I repeat quite often: ‘Leadership is a people business’. If we forget that, then we miss out on the whole purpose for us being in a leadership position.”

In other words, if you learn to motivate your employees and keep them happy and engaged, they will then in turn take care of your customers. According to Rennie, only 30% of employees are typically engaged in a company. “I think a lot of that has to do with poor leadership. So, I wrote my book to help create the next generation of great leaders.”

When Rennie first entered a corporate setting, he realized most individuals were not trained properly before accepting leadership roles. In the Navy, he was taught he could delegate authority, but not responsibility. What this meant was he could give someone the authority to watch a post, but the responsibility ultimately still rested on his shoulders. In corporate America, it’s the opposite.

“We delegate responsibility. In other words, we hold people accountable for results, but then we hold onto the authority. So we sit there blaming people for what they did or didn’t do, yet we don’t give them the authority to actually get it done. So it leads to a lot of frustration with people in the workforce.”

One thing he notices quite frequently is that high-paid managers don’t want to take responsibility for anything that could hurt their careers. So a lot of the times they’ll throw people under the bus when things go wrong. Now, after climbing the leadership ranks in corporate America, Rennie practices the Navy philosophy of delegating authority and keeping responsibility. “I tell my employees, ‘I’ve got your back. I’m responsible, but go out and get it done.’ So my philosophy is really different than a lot of managers that I worked with.”

How to be a Leader During Quarantine

Because of their experiences being apart from civilization for months at a time, Rennie jokes with his fellow veterans that they were quarantining before it was cool. Rennie observes that veterans have a sort of calmness during the global pandemic and, as a leader, he says it’s important to also remain calm and be authentic. This includes being transparent with employees about your company situation. Every business has been affected by the coronavirus and not everyone has answers. It’s alright to take your time and try and figure them out.

For any entrepreneurs who are struggling due to lockdowns, Rennie says to pause and think about how the current situation is affecting you. The best thing to do is use this time to stay productive. This means anything from reading to learning a new language.

Rennie himself commits to staying productive. Currently, he is busy working on his next book All in the Same Boat, which revolves around lessons he learned serving as a submarine officer. It is expected to release later this year. Rennie also runs a podcast called Deep Leadership where he interviews other veteran and business leaders to find out what makes a great leader. The podcast launched in early 2020 and releases new episodes weekly.

“Especially right now, we’ve been talking about leading during a crisis. It’s having a conversation about what makes a great leader and what you consider to be a leader worth following. The mission of the podcast is to build a world with better bosses.”

To check out Jon S. Rennie’s book and podcast, click on the link to his website here.

What do you think about Jon S. Rennie’s tips on becoming a successful leader? Let us know down in the comments.

How to Work With Influencers to Promote Your Business

How To Practice Responsible Entrepreneurship — The New Way 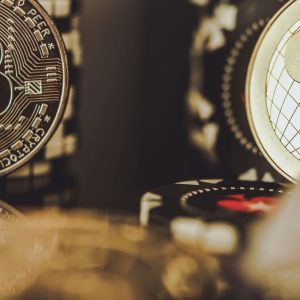 Listen to this article now It is not surprising that an increasing number of gamblers are gravitating toward online casinos...