If you’ve ever turned on the television, been on Youtube, or on any of the current social media platforms like Instagram or Twitter over the past few years, you’ve most likely come across content that revolves around a certain boy band that has slick dance moves, catchy tunes, and, of course, thousands of screaming fans at their live shows.

That’s right, we’re talking about the South Korean music sensation of the late 2010s, BTS (also known as Beyond The Scene). This 7-man group burst onto the music scene in an unprecedented fashion — using the power of social media where they engage directly to their fans (who are now collectively called “BTS army”), who propelled them from a relatively successful South Korean based k-pop group to worldwide superstardom, selling millions of albums across 83 countries and successfully taking on the goliath that is the American music industry. In fact, their hit single Dynamite topped the Billboard hot 100 chart — the very first k-pop group to ever do so in the history of the RIAA!

There’s no denying the success of BTS on the world stage. At this point in their career, they have been estimated to bring in at least $37 billion to the South Korean economy over the course of the next 10 years. This only points to one thing — BTS are definitely here to stay.

So why are they so popular, and what secrets are they hiding in their world-domination playbook that they use to showcase their amazing musical talents to a global audience? Let’s find out.

Being consistent with their image

BTS is one of those maverick K-pop groups that broke the mold when it came to their music career, but they have always maintained a well-curated and impactful image that helps to distinguish them from a world full of other boybands and idol groups.

The consistent image they show lets their fans identify them and shows people what to expect whenever they are performing or showcasing their talents, no matter how much time has passed between their major public appearances.

In our current world of social media, it’s easier than ever for certain social issues to be brought to the forefront of attention through channels such as Facebook, Instagram, and Twitter. BTS has used their social media channels (with millions of followers on each) to promote and address important social issues that their fans can relate to — such as depression, loneliness, mental health, and LGBTQIA rights.

Their support for getting behind such movements has won them even more fans than ever and has strengthened the loyalty of their current fans — with both groups giving them praise for having a socially conscious initiative as an integral part of their career.

Dynamic and quick to trends

Change is often inevitable, and for these guys, it has become a part of their career. With every new song, music video, or performance they put out, there’s always something new that they bring to the table. Though they keep an overall image that is consistent, they keep up with the times and trends and tweak their formula just enough so that their fans don’t get bored of them. In the cutthroat world of show business, if you’re boring, you’re not interesting, and if you’re not interesting, then, well it’s time to start looking for a day job!

Having a distinctive message or a call to action

Since their debut in the industry, BTS has always promoted these positive messages in their music and performances: hope, perseverance, happiness, and self-love. These messages are what got them their loyal fans from the start, and will continue to gain them more fans in the future as they grow bigger and bigger.

The BTS ARMY is one of the band’s most notable achievements in their career to date — and no, we’re not talking about soldiers in uniform! Rather, we’re talking about the most hardcore, loyal fans of the band who call themselves ARMY. This is a testament to the impact that the band leaves on their biggest supporters, creating a worldwide community that has formed around a single interest – BTS.

Showing gratitude to their fans

Sure, the band has won numerous awards and accolades over the years they’ve been in show business. But upon receiving those awards they’ve never forgotten to thank their dedicated staff who work tirelessly behind the scenes to keep the band operating at 100% efficiency, and their loyal ARMY who helped get them to where they are today.

Constant engagement with their fans

Out of sight, out of mind — that is probably the one thing BTS does not do well. They may be international superstars, but this is the kicker: their fan engagement is well off the charts.

After all, they had their first taste of real worldwide success through social media, hosting livestreams on Youtube and V live, constantly communicating and engaging with their fans during those events. And now that they’re bonafide rockstars worth billions of dollars, guess what? They’re still doing those livestreams and engaging with their fans like never before. It’s safe to say that BTS has truly nailed fan engagement to a level most influencers and companies could only dream about.

What entrepreneurs can learn from BTS’ success

As an entrepreneur, your goals are pretty much the same as the band when they first started out – grow your brand, get loyal customers and then turn your business into a profitable one, with the added benefit of addressing certain social issues that you’re passionate about on a much larger platform.

Hopefully, the list above has inspired you to visualize your success by emulating certain things that the highly successful boy band has done to get to where they are in their career. As you can see, there’s no secret playbook to their success — they’ve simply utilized every single marketing strategy that works to their advantage. They hustled, they grew and they are now reaping the rewards of their hard work in the early years — and you can do the same, too, so there’s no better time for you to sow the seeds of success than now!

What can you apply from BTS to your entrepreneurship? Let us know in the comments! 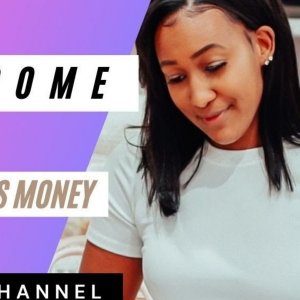 Ellie Diop is the definition of using your resources to your full advantage. During the pandemic, the government sent out...