Meet Victoria Christopher Murray and ReShonda Billingsley, entrepreneurs and founders of Brown Girls Books, an exclusive boutique publishing company committed to providing a voice for the next generation of authors.

Murray is one of the country’s top African-American contemporary novelists with over two dozen titles. Murray earned a B.A. in Communication Disorders from Hampton University and an MBA from New York University. After working in Corporate America for ten years, Murray began her entrepreneurial venture, launching a Financial Services Agency for Aegon and founding Brown Girls Books in 2014.

Billingsley is a former television and radio news reporter with over two decades of journalism experience. She is a bestselling author of over 40 books. As a recipient of the NAACP Image Award for Outstanding Literature, Billingsley is a highly sought-after motivational speaker considered one of the top Inspirational Fiction authors in the country. Her books are featured in USA Today, Jet, People, Essence, and Ebony.

Tell me about yourselves and how you got into publishing.

Victoria: I’ve been writing for a little over 20 years. I never thought of myself as a publisher or anything like that, even though I self-published my first novel. After the market changed in 2007 and digital books came in, we saw a lot of authors who ordinarily would have gotten book deals, suddenly unable to get book deals because the terrain had changed so much. So ReShonda and I started talking about it, and we thought, “Well, we could use the experience that we had from self-publishing and being with a larger publisher to help people who wouldn’t ordinarily have a chance to get published.” And so that’s how we got into it. I think it was in 2014.

How did Brown Girls Books get its start?

ReShonda: So Victoria did a book with someone outside of her regular publisher. It was done through a digital platform that had done extremely well. So we decided to give new authors the same opportunity on a digital platform. That’s really just how we started Brown Girls Books. It was Victoria’s idea and then she brought it to me. We talked it through and then we went to our respective corners. I’m more of the advertising and production part and she’s more the editing and the finance part, and we’re just the perfect team.

What are your main goals at Brown Girls Books?

Victoria: We call ourselves a boutique publishing company. “Boutique” meaning we’re going to be small. We’re going to keep it as classy as we can, because it really is just the two of us running this company. And so we want to give people a chance who have the same dreams that we had at the beginning of our career—to give them a chance to achieve their dreams.

How have your goals changed over time?

ReShonda: It’s so funny, when we first started out, we had lofty aspirations. We were going to publish four books a month, we were going to give each manuscript personal feedback. Our agent at the time basically laughed and said, “Wow, good luck with that!” Once we got in it, reality slapped us in the face. There were a couple of manuscripts where we were able to give personal feedback, but we never expected to open our mailbox and have three hundred submissions. We had so many submissions. Like Victoria said, it was just the two of us, so it was really hard to keep up. We definitely couldn’t keep up the pace of publishing four books a month.

What is the process of publishing a book, from receiving a manuscript to the final product?

Victoria: It’s really tough. I knew a lot about self-publishing. I used to be the self-publishing editor for Black Issues Book Review, so I used to study it, even after I was no longer self-publishing. As ReShonda explained earlier, we both have separate responsibilities. When a manuscript comes in, it’s really about seeing if it is a manuscript that we’d be interested in publishing. That’s the first step. Then you have to go through all of the editing. We edit the books as though they’re our personal books. We make sure that we’re getting the best quality out of a product as possible because that’s very important to us. And then from the editing process, it goes to ReShonda.

ReShonda: So then we have work on the production side like developing the cover, doing the type setting, final proofing, and I go back-and-forth with the author because we consider it a partnership. The authors are very hands-on and involved in the production of their book. They’re there with us and we see it through to fruition.

What do you look for in your manuscripts?

Victoria: We focus on fiction. Even though we know there are wonderful poets out there, we’re not good at marketing that. Non-fiction we’re not really good at. We will consider memoirs because sometimes they read as fiction. That’s the first thing. Inside fiction, we’ll do several different things. We try to focus on things that we know, so mostly contemporary romance and suspense. We’re looking for a product that we can sell. So we’re not any different from the larger publishers in that way, because all they want is a product they can sell. And sometimes, for us, it’s more of a feeling than any kind of actual checklist.

What major changes have you seen in the publishing industry since you first started?

Victoria: Oh it’s changed a lot. I didn’t become an author or publisher until I was long out of college. But even since I entered this industry in 2000, there have been a lot of changes. In 2007 when the Kindles first came out, there was just a big change in the market. Some of the major chains closed. Walden Books, Borders—they all closed. That had a big impact on authors–especially African American authors, because Borders was a big supporter of African American books. That changed everything. There were people who were unable to get contracts and sales plummeted. The same thing happened in publishing that happened in the music industry when it first became digital. That’s probably happening now in theaters with movies and everything. Now people are streaming instead of going into theaters.

How has the pandemic affected your business?

ReShonda: It’s been a little harder because authors can’t meet with people in person, but it’s been good at the same time because they are able to do virtual things that allow them to really reach markets and people that they might not have otherwise reached. So it’s been bittersweet. We do like getting out and getting to meet the readers. But there has been a blessing to the virtual side, in that we are able to reach so many more readers.

Victoria: Something positive that did happen in the pandemic is that reading went up. There were more books sold last year, more fiction, so people were reading more. We haven’t seen a dip in that yet, so I’m hoping that people will keep that habit going. Another thing we saw was the request for more books from movie producers. That is something that my agent told me had been happening for a while. Movie producers are so much more interested now in intellectual property that has already been proven in one platform. So we’re hoping to publish more books that would not only be interesting to readers, but get a few producers interested as well.

What is your favorite part about running Brown Girls Books?

ReShonda: For me, it is hearing from those authors that say, “I’m able to share my gift with the world because of Brown Girls Books. Had it not been for Brown Girls Books, I would have never had this opportunity.” So whenever we get those moments when we hear that from our authors and even from readers enjoying the books, it says “Okay, we’re doing something worthwhile.”

Do you have any advice both for entrepreneurs starting their own business and writers wanting to get into the industry?

Victoria: When I was getting my MBA at Stern, there was a class for entrepreneurs. I thought, “Why would you want to have your own business when you can go work for somebody else who’s already done all the work?” So clearly I didn’t understand. Then I went to work in corporate America, and this is really the thing that got me going to be an entrepreneur. I worked for a vitamin company as a director of marketing, and we started those vitamin packs back in 1985. We were the first company to have the vitamin packs. I worked with the product development, did all of the marketing and everything. That first year, in 1985, we did $12 million in sales.

I remember sitting there thinking, “Wow, this had been my idea, and we made all of that money, and I didn’t even get one million dollars of that money.” That really lit the fire under me to become an entrepreneur. I have not worked for anyone else since 1987. So my thing is that if you want to be an entrepreneur, it’s just like writing a book. Just do it. Make sure you go into it with a good plan, make sure you know what you’re going to do–I wouldn’t just leave my job and go full-steam ahead. I would have a plan and a back-up plan. But just move forward. If you really believe in it, never give up. I’m afraid that if people give up, they’re going to stop three feet away from gold. And you never want to stop three feet away from gold.

ReShonda: I think a lot of people go in and they may look at the finish line without realizing all that it took to get there. I think it’s crucial for people to understand to not judge themselves based on someone else’s success. You don’t know the obstacles that they overcame to get to that success. So just work hard and do what you need to do, knowing that you’ll have some obstacles. Get up and keep going.

Victoria: The reason I became an entrepreneur was because of money. You will never get rich on a nine-to-five job. So go after that dream if you can. If you have to hold onto it and do it as a side job, go for it. But always treat your dream as your main focus. If you treat it like a hobby, it will always stay a hobby. But when you treat it like it’s the main thing you want to do, it will give back to you the same way. So just stay focused. Stay focused on being an entrepreneur.

You can learn more about Victoria and ReShonda and explore hundreds of titles on Brown Girls Books’ website.

Do you have any thoughts about going into publishing? Let us know down in the comments!

This Is The Eye Pillow We All Need

Should You Let Your Employees Work Remotely? An Honest Consideration 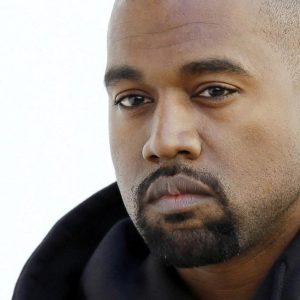 Listen to this article now Kanye West’s Yeezy sneakers are flooding the resale market as many collectors unload the footwear...