This year, we have all been experiencing the hardships brought on by the pandemic, economic recession, and other factors. Perhaps some of the most impacted by the volatility of the economy and consumer spending habits this year is the small business owner. The economy has been through the wringer these last few months, starting with the initial market crash towards the end of February where the Dow plunged over 36% in just over a month’s span. Since then, although the NASDAQ and many tech firms might tell you otherwise, it has been and will continue to be a long road to recovery for most American people and our corporations. We now have the election creeping closer everyday which only adds to the uncertainty, especially if you own a small business. According to data from the MetLife & U.S. Chamber of Commerce Small Business Index, the majority of small business owners view the strength of the economy as one of the primary issues that will determine who they vote for.

Why does the presidential election matter so much to you as a small business owner? Public policy has widespread effects when it comes to issues such as the federal minimum wage, corporate tax rates, healthcare benefits, and interest rates that affect your financing ability, to name a few. The strength of the economy as a whole is an overarching concern for every small business owner. When the economy is in better shape, capital becomes more accessible, consumer spending increases due to higher levels of disposable income giving way for business expansion, leading to declining unemployment rates. This turns in to a cycle of continual growth, other things held constant.

Under a Biden administration, the implications for small business would be felt right away. It’s tough to speculate how the stock market would react as many analysts confirm there is already a “Biden win” priced in to the markets. For small businesses on the other hand, it is fair to expect the cost of employment to rise through increased wages and mandated PTO for employees with Biden at the helm. A $15 federal minimum wage was one of his first campaign promises, an act which would likely trickle up to people currently making just above that benchmark, who would still look to earn a given percentage above their minimum wage earning counterparts. We could also see a rollback on President Trump’s Tax Cuts and Jobs Act of 2017, which lowered the corporate tax rate down to a uniform 21%. Biden has explained if elected, we could see that figure rise to around 28%. Along with the rise in corporate taxes, Senator Biden is also a proponent of increasing income tax rates for wealthier individuals, a bracket in which many small business owners operate within, while also raising taxes on income from capital gains.

Healthcare and the 2020 Election

Where small business owners could get a slight reprieve is through their healthcare initiatives. Joe Biden is a strong backer of the Affordable Care Act, even stating he may bring back the Obama era individual mandate, which was put in place to keep public healthcare options competitive with employer provided plans. This could help employers save in a time where the cost of providing healthcare to your employees is not cheap. In any case, we would not see healthcare costs increase all that drastically by any means during a Biden presidency. The same cannot be said for some of Joe Biden’s early opponents during the democratic primaries. This is a rather common theme actually: Joe Biden not holding as radical of positions on issues relative to his early competitors such as Bernie Sanders and Elizabeth Warren. A position that has helped him propel to the top of the Democratic Party, especially with many voters looking for a more tame, middle of the road candidate after experiencing four years of President Trump’s outspokenness.

We have been witnessing the effects of a Trump presidency on small business for the last four years which is why there isn’t as much speculating on the matter when it comes to the possibility of his reelection. The effects of the Tax and Jobs Act of 2017 would continue to roll on. Not much would change policy wise, aside from the proposed second stimulus act that congress is in the process of rolling out at the moment. The PPP loans under the CARES act would be extended out towards small businesses again which have already helped tremendously with human capital retention. COVID-19 relief will be one of the main concerns for small business owners as the election nears, as it has a direct influence on the health of our economy and small business.

In short, a Biden presidency would be marked by higher employment costs for small business, brought by decreased tax incentives for owners. Senator Biden’s campaign promises explained earlier would prove to benefit the employee in a more direct fashion than the company they work for, a perspective directly opposing his business-centric counterpart, President Trump.

What do you think of the 2020 election’s affect on small businesses? Let us know down in the comments.

With Movie Theaters Struggling, Drive-In Theaters Are Getting the Spotlight They’ve Been Waiting For

China Is Doing Better Than Ever Before, Even In The Middle Of The Pandemic 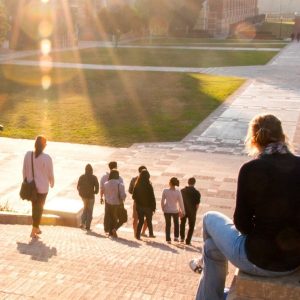 What Are The Best Universities For Entrepreneur Hopefuls?

Listen to this article now If you’re someone with a love for business and the desire to become an entrepreneur,...