What is a road trip without stopping at a Cracker Barrel along the way? Located perfectly right off highways and interstates across the country, Cracker Barrel is an American favorite. However, there has been one thing missing from this establishment over the years: alcohol.

Cracker Barrel was testing alcohol sales in their establishments before the pandemic. In Florida, the chain was selling beer, wine and mimosas. After the virus hit, they expanded their options nationally to make up for lost income. This decision ultimately drove up sales. Customers admitted that they previously had been weary to go to the establishment. If someone in their group wanted to relax with a an alcoholic beverage, they were not going to find it there. Now that alcohol is an option at Cracker Barrel, there is less reason to opt for another restaurant.

Cracker Barrel is not the only restaurant chain that has had to make changes in the midst of the pandemic. Golden Corral, for example, is a notorious buffet-style restaurant. Since buffets might be a thing of the past, Golden Corral has changed their format to cafeteria-style. While the food remains all-you-can-eat, it is now served by staff. While lined up to be served, Golden Corral customers must maintain six feet apart.

What precautions have you seen your favorite restaurants take? Let us know in the comments.

Best Tools to Help Build Engagement for your Startup

Can GREY.style make you hustle smarter while in style? 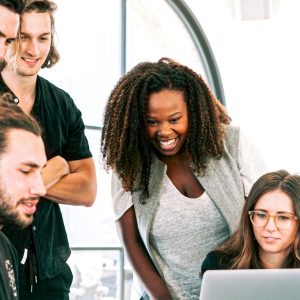 Listen to this article now Entrepreneur. It’s a word you hear every day. What exactly does it mean? A simple...