In late October, Elon Musk tweeted that he wants to create a new university named the Texas Institute of Technology & Science. Musk does tend to troll online, but he could be serious. He definitely has the money to fund a project such as this, but creating a university may not seem as easy as he would like to think so.

The rich being involved with the creation or funding of universities can be very dangerous. Gifts such as these tend to come with their own price. With creating a university, there is a possibility that the founder could have total control of the school’s curriculum and enforce their own rules. This could either be a good thing or a bad thing, but I am leaning more towards bad. For instance, the biggest example there is of a university created by a rich person that failed miserably is Trump University.

Donald Trump has been involved in many business and presidential ventures, but Trump University might be one of his worst ventures yet. Let’s explore this scandal and what this could mean for Elon Musk.

Billionaires, such as Donald Trump have tried and failed when it comes to creating a university. Trump University began operating in 2005 and claimed that it offered graduate programs and doctorate programs, but it was not a university at all. It was a company that purported to be selling Trump’s secret insights into how to make money into real estate. Operating under false pretenses is illegal, so it makes sense that Donald Trump would get hit with lots of legal trouble.

There have been three separate lawsuits ranging from 2010 to 2013 against Trump University for deceptive practices. These lawsuits resulted in Donald Trump agreeing to pay a $25 million settlement to the people who attended Trump University in 2007, 2008, 2009, or 2010. There was evidence that Trump scammed many students throughout those years.

Honestly, I feel sorry for those students that genuinely wanted to learn. They were given fake seminars and scammed out of tuition money rather than receiving the proper education they sought out for. Trump University made several claims that they simply wanted to help consumers make money in real estate, but they were only really interested in selling expensive seminars to as many people as possible. An affidavit on the so-called university also states that Trump University was a fraudulent scheme and that it preyed upon the elderly and uneducated to separate them from their money.

Is Musk Serious About Launching a University?

Who knows how serious Musk is about launching a university, but his feelings towards universities seem a little too pessimistic for someone that wants to create a school. Last year, he claimed that colleges are for fun and to prove that you can do your chores, but they’re not for learning. He also said that Tesla would not have university requirements for jobs, because that’s absurd.

Personally, I disagree with him when it comes to claiming colleges are just for fun. The majority of the time, college is not fun at all. You are bombarded with assignments, readings, and exams weekly. Additionally, if you are one of the unlucky ones like me you are probably a full-time student that has a job and juggles internships at the same time. There is barely enough time to have a social life. For me and many other students, college is about learning and preparing you for your future.

I think Musk has a different mentality that does not really reflect the majority of college students out there. If he believes that college is not effective then why is he proposing to create a university? I wonder what the Texas Institute of Technology & Science would really entail. Will it reflect Musk’s ideals or be a proper university? I am not sure, but I would love to know how serious he actually is.

There is a big possibility that his university could be similar to Donald Trump’s fiasco. For all we know the university could revolve around Elon Musk’s business ideals and focus primarily on bringing graduates on to SpaceX or Tesla. Although that would not be the worst thing in the world, there should be more freedom for students to pick and choose what career path they want to take.

Do you think Elon Musk may fall into the same predicament as Donald Trump? Should the rich be involved with creating universities or funding? Let us know down in the comments!

Companies That “Speak” Multicultural Are Dominating Their Industries By 70% 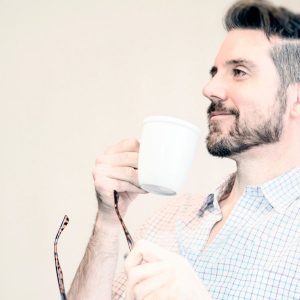 Dealing With Anxiety at Work And Stay Positive

Listen to this article now Getting Away from Your Computer Most people spend their workdays in front of computers, and...