I grew up watching countless movies that Hollywood produced: from the movie musicals of the early 1930s – 40s, to the infamous rom-coms at the turn of the century, to the ‘80s horror flicks that garnered cult followings long after they had lost their relevance, to the long epics produced in the ‘70s that no one really has the patience for these days. While partaking in this viable form of entertainment, as a young Asian kid, I always noticed a lack of anyone who looked like me. If they looked like me, they didn’t necessarily behave like me, or feel like me. In other words, they didn’t accurately represent me. After all, humans are, for the most part, visual creatures, and this visceral awareness of a lack of representation has been echoed across the board.

It comes to no surprise, then, that the call for racial diversity in movies and TV shows has been growing louder and stronger as America becomes even more of a melting pot with each passing generation. But even racial diversity has a hierarchy, because we all have diverse stories and a myriad of beginnings. Even so, the Asian American story is one that has oft been ignored and swept under the Oriental rug.

Underrepresentation of Asian Americans in Media

Earlier this year, the Asian Pacific American Media Coalition (APAMC) delivered their annual report cards for TV stations, grading how much networks have progressed in terms of diverse inclusion of Asian Pacific Americans in the industry. For the most recent 2018-19 season, Fox scored the lowest for inclusion among the big four networks of ABC, CBS, NBC and Fox although all four remained stagnant when compared to previous years. Broadway’s story is unfortunately similar, where a study done by the Asian American Performers Alliance Coalition (AAPAC) showed a decline in representation for Asian American actors in the 2017-2018 season. This is despite Asian-inspired shows being produced on Broadway (Allegiance, KPOP the Musical) and contributing to these statistics.

This, however, isn’t the end of the story. There is a moving trend toward the Asian American narrative as streaming services (Netflix, Amazon Prime, Hulu, etc.) and cable networks (Comedy Central, AMC, Bravo) have reported an increase in diversity both on screen and behind the camera. The resounding successes of Fresh Off the Boat and Crazy Rich Asians, for starters, prove that there is a demand for Asian and Asian American content. And there should be—our stories are fascinating, our cultures are intricate, our cuisine is delectable!

This is why the Asian tale should be spun. There is a huge demand for it, and Asians make up a huge percentage of consumers in the entertainment industry. Asian Americans lead the pack when it comes to “cord-cutting”, i.e. accessing entertainment from forms that deviate from the traditional television set. This includes digital devices (social media apps on smartphones and tablets) and TV-connected devices (Roku, Amazon Fire, Apple TV, etc.). This technology-savvy method of obtaining entertainment has caused the Asian American demographic to dominate consumerism in this field, as they are more willing to experiment with new channels (Hulu+, Sling TV, YouTube TV among others) and options. It is a tale as old as silk making: the supply and demand graph. The demand for Asian and Asian American content is great; therefore the supply should be met to optimize satisfaction for both parties. It just makes business sense!

There is a sense of pride to seeing your story being told on the silver screen. I still remember going to watch Crazy Rich Asians at the AMC when movie theaters were not yet a health hazard to the population. I went with a friend who is also Asian and, as we stepped into the cinema that was filled with Asian moviegoers, there was a collective held breath, a unified expectation, a relieved whisper of “Finally.” The glamor of Hollywood is real and still thrives, and seeing your narrative, your heritage, your self up there on the big screen is invigorating. I hope that one day I will be numb to this thrill, when this one-off experience has become an everyday occurrence that future generations will take for granted.

What do you think of the lack of Asian American representation in media? Let us know down in the comments. 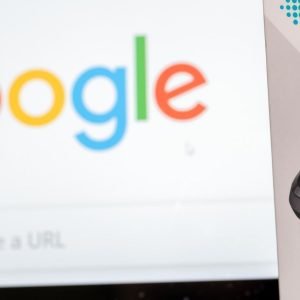 Google Buys Fitbit for $2.1 Billion, But What Does It Want With It?

Listen to this article now On January 14th, Google officially acquired Fitbit for $2.1 billion. But what the heck does...