Because Hispanic Heritage Month recently passed I thought it would be important to discuss some topics that are going on behind the scenes in the Reggaeton world right now. Popular Reggaeton artist J Balvin has boycotted the Grammys this year because he believes, *translated tweet* “The Grammys  don’t value us, but they need us…We give them ratings but they don’t give us respect.”

Additionally, his video for his song “Perra” was recently removed from his YouTube account. Now, there has not been a clear explanation why it got deleted, but there is backlash and controversy circulating in the media. Scenes in the video depict colored women as dogs with leashes that are being pulled by J Balvin. Many are defining this video as a misogynist, racist, and disrespectful piece of content. And for that reason, I will not be including J Balvin as I go further into detail about the Reggaeton movement which we will later understand mostly derives from Afro-Latin culture.

Speaking as a true fan of his music, I hope he can come forward with an explanation or apology to not only his fans but also for his own culture’s image that he is unknowingly hurting. Lastly, I do not believe J Balvin should be “cancelled” or, therefore, be discredited for his music. However, I do believe there should be a discussion on what it genuinely means to be an advocate for Hispanics/Latinos in the music industry.

Music To My Ears

It’s 2004 and Daddy Yankee just released his breakout-song “Gasolina”. It’s topping charts and can be heard on every Latin station. The song is playing while I’m helping my mom make some of her delicious arroz con pollo for the party we’re about to host at our home.

At least, that’s how it usually went. My parents enjoyed hosting parties at our house every weekend back when I was in elementary school. This is how I was introduced to the ever-evolving genre and culture of Reggaeton. My parents always played “different” music than what I was used to listening to at other birthday parties or events. I would ask them how we had these songs that seemed new, but were not playing on the radio or at local Hispanic grocery stores. My mom would usually say it was because it hadn’t been released in the U.S. yet. These were songs by popular artists such as Don Omar, Luny Tunes, and Tego Calderon. Yet I was always left wondering if the music wasn’t from here, then where did it  come from?

It was after “Gasolina’s” huge success that the U.S. audience starting to familiarize themselves with this blended adaptation of reggae. The tracks were new, exciting, and, of course, a bit provocative. But what the world didn’t know was where the Reggaeton genre derived from.

It was first introduced as Reggae en Español and its birthplace comes from a small tropical country; a  country often recognized for things other than its music: Panama. The genre derives from West Indian influences specifically Caribbean islands such as Jamaica. Jamaican laborers went to Panama to help construct the world renowned Panama Canal. It was around the 1990s when the Panamanian Afro-Latin artist El General began performing the so-called Reggae en Español. He is commonly considered the Father of Reggae en Español and a pioneer for the Reggaeton sound, with record hits such as “Rica y Apretadita” and “Muevelo”. El General had a successful career in music and received many accolades.

The genre started to gain media attention and quickly made its way to Puerto Rico. It was in Puerto Rico where Reggaeton en Espanol thrived and was renamed “Reggaeton”. The majority of Reggaeton artists were emerging from there, which is why many audiences assume Reggaeton began in Puerto Rico. However, as the genre began to flourish, it also began to change. The sound was being more and more influenced by hip-hop. The representation grew larger in Puerto Rico, which made for a bigger audience in the U.S. and that is how the new age Reggaeton from Puerto Rico came to be a part of the movement.

So, my simple answer to the question of “Where did Reggaeton come from?” is that it started in Panama as Reggae en Español and later evolved to Reggaeton through Puerto Rico.

The Reggaeton culture is at its greatest moment in history. There are features and collaborations for songs with current trending pop sensations that we would never expect. It’s so refreshing to see that different cultures and backgrounds are coming together to create and enjoy a cultured genre.

I truly appreciate the artists who recognize the originators who have influenced them. They’ve studied the music and expanded their skills to create sub-genres for Reggaeton. Artists like Sech are bringing in the R&B melodies, while others such as Anuel AA are incorporating rap and trap. The catchy lyrics and make-you-want-to-dance rhythms are appealing for many age groups.

If you are curious to hear songs with reggae roots and strong beat complexity I suggest listening to “Safaera” by Bad Bunny and “Se Va Viral” by Sech. You can distinguish the differences between Bad Bunny’s Puerto-Rican urban spin versus Sech’s Panamanian reggae roots.

The genre’s popularity keeps increasing and so does the fanbase. The Recording Industry Association of America (RIAA) mid-year 2021 data shows that “Latin music’s growth outpaced that of overall U.S. music revenues.”

For me, Reggaeton is a genre that I hold close to my heart, it was music that I heard from a young age and only within my boundaries. Now because of its worldwide recognition it is heard everywhere I go. But most importantly it is a genre that helps commemorate many aspects of my Hispanic heritage.

Were you aware of Reggaeton history and the huge impact it has on the music industry? Let us know down in the comments.

A small gal with a lot to say. Lover of dogs, bottomless mimosas, pasta, and going to sleep by 10pm. 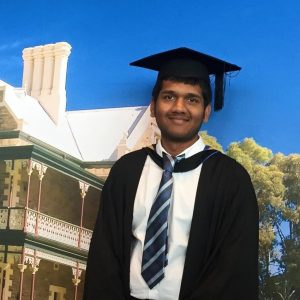 Listen to this article now Abstract There have been several shifts in the cloud computing during the last decade. The...