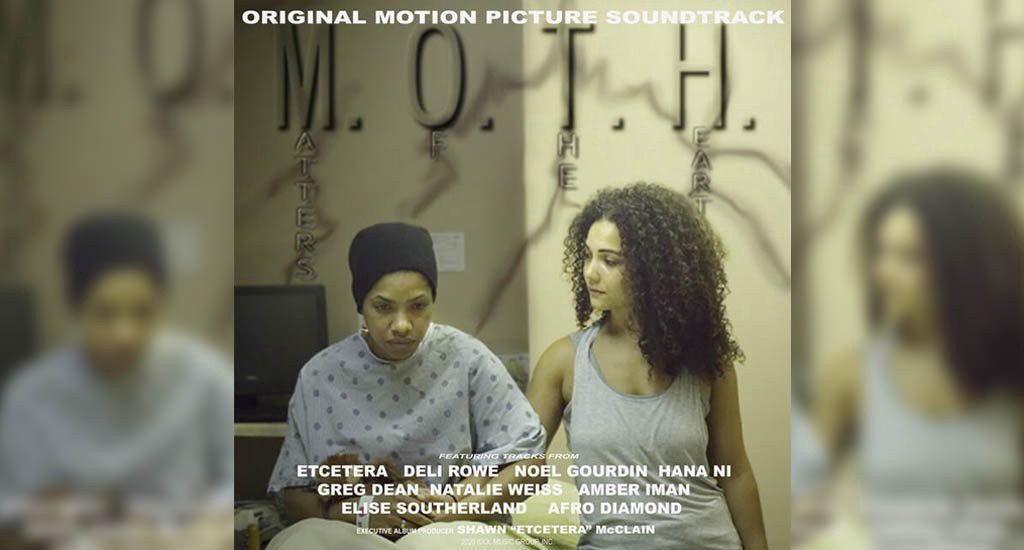 When it comes to cranking out good music, Shawn “ETCETERA” McClain cuts no corners. He has evolved into a musical force all his own. ETCETERA has been featured multiple times on the red carpet for the Grammy’s. He has worked on multiple platforms of this industry, becoming a success, and has continued to push and reinvent himself every chance he gets.

Only recently, ETCETERA produced and arranged the soundtrack for the feature film indie project “M.O.T.H.” (Matters of the Heart). He was approached by award winning director Ms. Nancy Vazquez to develop a score for the film and he was more than interested. Prior to this film he has worked with Ms. Vazquez on two music videos which won awards. For this soundtrack ETCETERA gathered a stable of other talented artists to develop a recipe for success. Artists like Noel Gourdin, Greg Dean, Elsie Southerland, Afro Diamond and Hana Ni offered their talents to enhance the project. ETCETERA himself is on the lead track “Matters of the Heart” coupled by the sultry voice of Deli Rowe, a key recording artist in her own right.

The film is a psychological thriller about the tragic road the lead character, Linda Blake, takes to find love and begin a better life. So far, the film has graced the silver screen at select film festivals worldwide. The film’s team is working on the distribution of the project. ETCETERA made sure that the score would reflect the message the film wanted to convey. It is evident that he has given the listener a roadmap of the project’s story via his music. Tracks like “Living My Life” (which he collaborated with D-Moet who is known for the Hip Hop Classic “Hate Me Now” by Nas feat. P. Diddy) and “Like Rain” by Greg Dean that features the strong vocals of Natalie Weiss and Amber Iman.

Recently he has released two dynamic singles that have been chart poppers: “Way Up” feat. Billionz and “Dance For You” feat. KAYA JONES (formerly of the Pussy Cats Dolls). He was also featured on the track “I Can Make It” by Grammy/ Independent Music Award winning recording artist Father Goose. On the horizon ETECETERA is working feverishly on his anticipated sophomore studio album titled “SAGTARIUS” and has paired up with Derek Caldwell on a comedy sitcom. For more on ETCETERA visit his website.

Know any more music artists we should hear about? Let us know down in the comments.

It’s hard to imagine a time where virtually every movie wasn’t at your fingertips. Nowadays, any movie that is on...