On July 8th, Netflix released Mucho Mucho Amor: The Legend of Walter Mercado. This documentary revolves around the life of eccentric TV astrologer Walter Mercado, who appeared every night to read live horoscopes to 120 million Latino viewers from 1969 through the early 2000s. If you are part of the Latino community, you most likely grew up watching his program with your family. Even if you did not know what he was talking about, his bright outfits, regal capes, and pyrotechnics were enough to captivate your attention. If you have never heard of Walter Mercado before, just know he was an entertainer who lived his life as authentically as possible and built a business empire by creating a market demand that had never before been seen on television.

What does it mean to be authentic?

We talk a lot about living your life authentically when it comes to entrepreneurship, but what does that mean exactly? Being authentic means aligning your actions with your core beliefs. It means never letting anyone tell you how you should act or that you are not good enough to pursue what you wish. It means loving yourself for who you are, without inhibitions.

To be a successful entrepreneur, you have to be someone others trust. If you were speaking to a salesperson and felt like they were being two-faced in attempts to make a sale, you would never buy their product. The same is true about you. Search within yourself to find the most authentic image you wish to present to the world. Only then will you be successful in developing your personal brand and building a startup that practices transparency.

In Netflix’s documentary Mucho Mucho Amor (lots and lots of love), Walter Mercado recounts the time he first experienced a connection to the universe. When he was a child in Puerto Rico, he came across a bird that was near death in his yard. He recalls holding the bird in his hand and blowing his breath on it, praying for it to live. When the bird spread it wings and began to fly suddenly, a nearby neighbor began telling the entire village he was gifted. Soon, everyone came to visit him and referred to him as Walter of the Miracles.

Mercado says that ever since could remember, he always felt different from other boys. He preferred hanging around his mother, reading books, and playing piano instead of being outside. His mother told him that being different was a gift and encouraged him to express himself. Mercado knew then he was going to become someone famous and began dressing how he felt he should dress and even glammed himself up with makeup.

Mercado appeared on several soap operas and plays and was known for reading people’s palms on set. One day, he was invited by a TV producer from Telemundo to do a promo for one of his performances. Because Mercado was dressed in an elegant white cape, the producer asked him to improvise a live horoscope reading instead. Audiences were so impressed by Mercado that the general manager of Telemundo awarded him daily a spot on one of their programs.

When he first appeared on television, Walter Mercado had such a commanding presence that almost every Latino family tuned in to hear their horoscope reading. However, his androgynous features and “feminine” energy caused many to speculate about his sexuality. For a man like him to be on TV during the 70s when homosexuality was considered a much bigger taboo than today, it was a breakthrough. This is especially true for a Hispanic man whose masculine Latino culture strongly ridiculed flamboyant behavior. Mercado never openly discussed his sexuality, stating that it was a matter every individual has a right to keep private. Ultimately, the Latino community embraced him and his talents, disregarding questions about his sexuality altogether.

The important take away is that Mercado lived his life as authentically as possible. It did not matter what opinion others formed about him and that is what led to his success. To be an auspicious entrepreneur and develop a strong brand, you have to have the same confidence and authenticity as Walter Mercado.

Mercado was the premier TV astrologer and it wasn’t long before he crossed over into American entertainment. He created a market need for TV psychics and was the first person to launch a psychic hotline with 4,000 psychics ready to give out advice via telephones. If you watched TV in the late 90s, you most likely recall seeing commercials for TV psychics like Miss Cleo, who garnered an estimated $1 billion for her services. Mercado was the pioneer of that industry and, regardless if you believe in the credibility of a phone psychic or not, Mercado built a successful market based off his brand. Later, he also branched out to run a website which sold zodiac themed soaps, candles, and body fragrances featuring his likeness.

The Collapse of an Empire

However, for all his success, Walter Mercado’s story is also a cautionary tale to be careful who you trust. Mercado was first and foremost an entertainer who loved staying connected with his fans. Because he did not want to deal with the headache of running a business, Mercado entrusted all responsibility to his manager, Bill Bakula. In 1995, Bakula presented Mercado with a contract which would give him the rights to Mercado’s brand, image, and even name. Walter Mercado’s lawyer advised him to sign it and Mercado did so without ever reading the contract. Suddenly, Bill Bakula was in control of everything Walter Mercado had built in both the past and future. This clause forced Mercado to disappear from the public eye at the peak of his success and spend six years in court battles.

Eventually, a court returned all rights to Walter Mercado, but the emotional distress took its toll on the beloved TV astrologer. He suffered a heart attack in 2012 and remained reclusive until appearing at a special event to commemorate the 50th anniversary of The Walter Mercado Show in 2019. Though the subject in Netflix’s newest documentary isn’t as ridiculous as Joe Exotic in Tiger King, he is just as unforgettable. By being his authentic self, Walter Mercado turned his brand into an empire and, as a result, became one of the most recognized TV personalities in history. Even if you never knew his name before, there is no denying the success of a man who had mucho, mucho amor for his fans and for himself.

What do you think about the success of Walter Mercado? Let us know down in the comments.

Here’s How Black Farmers Are Changing The Hemp Industry 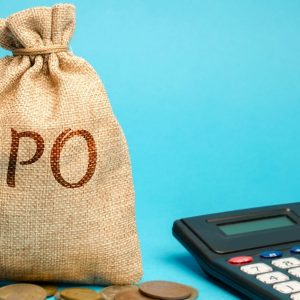 Buzzfeed Is Going Public, So What's Next For The Media Outlet?

Listen to this article now Buzzfeed recently announced its plans to go public on Thursday. The 15-year-old company has mentioned...