A lot about diversity in Hollywood has been discussed, but there is still an important question that hasn’t been addressed. How can Asian Americans be better represented on the silver screen? Fresh Off the Boat made waves in February of 2015 by being the first Asian-American family sitcom on network TV in over 20 years, and that boat has continued trudging along. This is good, because there is a definite demand for Asian and Asian American stories to be told. Normalizing diversity is incredibly important! But there are even more stories—a huge treasure trove of stories entrenched in cultural roots is waiting to be unearthed and discovered.

Disney has done a great job of bringing stories from different cultures to the main stage. Everyone knows the story of Mulan; however, no one knows any Chinese epic other than Mulan. There is a wealth of history, language, art, poetry that is out there in the world, and it is time to reclaim that heritage.

All Aboard the Orient Express!

We thought it would be a fun exercise to take some of Hollywood’s classics and compare them with stories that came from Asia. This is not to draw a divide between cultures, but instead to reveal a parallel across time and space, that humans have always loved the art of story telling. (Disclaimer: The stories presented are predominantly Chinese in origin. This is a reflection of the author’s own ancestry, although he encourages you to delve into your own exploration of your cultural roots!)

But seriously, do we need yet another origin story of one of Zeus’ many, many, many problematic, fakakta children?

Most people have watched, if not heard of, the Pirates of the Caribbean series. Inspired by the Pirates ride at Disney World, the character of Jack Sparrow is iconic and a frequent Halloween costume choice.

The Chinese pirate, Ching Shih, is a lot lesser known, and doesn’t have as many doppelgangers on Oct 31. A real-life female pirate who existed during the early 19th century, Ching Shih commanded a fleet of 1800 ships, and had 60-80 thousand pirates in her crew. She was initially a prostitute who married Cheng I, the descendant of a line of notorious pirates. She then took over and expanded his fleet when he died at 39, thus becoming the most powerful pirate in history. (Her story really writes itself.)

Ching Shih even makes a suggested appearance in Pirates of the Caribbean: At World’s End, as Mistress Ching, one of the 9 Pirate Lords of the Brethren Court.

Rocky, the beloved boxer played by Sylvester Stallone, is quintessential of the action drama films popular in the late 70s to early 90s. The production of the original movie tells of a young, scrappy Stallone who insisted the movie be made only if it starred him, and received a measly budget of $1 million. The rest is Hollywood history, the stories and dreams that make the silver screen glisten and shine.

Ip Man was a real-life martial artist who was a grand master of “Wing Chun”. He was the master to many students who went on to become renowned martial artists, the most famous of them being Bruce Lee. There is actually a series of Ip Man movies that were produced and released in Hong Kong, starring international action star Donnie Yen.

The grit and determination that these 2 men had is what makes their story resonate so strongly with audiences. Despite the movies being produced in 2 different continents, the timeless message of the perseverance and strength of the spirit is clearly one that speaks to the entire human race.

“THIS. IS. SPARTAAAAA!” is a war cry that has been used for quite some time now since 300 was released in theatres in 2006. The story of 300 men literally battling against all odds against a bigger, stronger, more powerful army fully encompasses that underdog storyline we all love.

There is a legend that is written in the annals of a Chinese epic called Romance of the Three Kingdoms. This is a compilation of mostly-historical stories that is considered one of the Four Great Classical Novels of Chinese literature. In one of these stories, Zhuge Liang, an actual politician and military strategist, had a similar situation to those brave men of Sparta. Employing what has come to be known as the “Empty Fort Strategy”, Liang orders his soldiers to dress as civilians sweeping the roads, while he sits himself at the top of the city gates and proceeds to play the guqin (a Chinese musical instrument). The enemy rushes in and, seeing the calm, composed demeanor of Liang, surmise that it is an ambush and calls for a retreat.

Jason of the Argonauts vs. The Monkey King

Journey to the West is another one of the Four Great Classical Novels. One of the main characters of this epic is The Monkey King, who, incidentally, is a mythological figure that appears in incarnations of other Asian legends, Hanuman of The Ramayana being one of them. The gist of the story is the quest that The Monkey King, or Sun Wukong, goes on, aided by his motley crew consisting of three other monks. On their Journey, they encounter many trials and tribulations, battling demons and monsters from the depths of (literal) Hell, as they strive to complete their tasks.

Jason and the Argonauts, similarly, go on a quest to attain the Golden Fleece. It is truly fascinating that the idea of a quest, the concept of a hero, the notion of the inner strength the indomitable human spirit holds, has such universal appeal across cultures.

From the Silk Road to the Silver Screen

Why should there be representation on the silver screen? Are we doing it just because of the political climate? Or is it nothing more than an arbitrary, politically correct, woke thing to be doing right now? Is there more beneath that multicolored skin tone?

There is a growing sense of power that you gather when your history is told. This force is enhanced, nurtured, strengthened, especially when you perceive the Great Wall of historical figures that have contributed to your legacy. This is the virility of ancestors, of people who once lived, of standing in a place that has been birthed by the visions and dreams of the ones who came before. This is why humans have told stories since the dawn of time, this is why we are telling stories today, and this is why stories will continue to be told long after. And this is why we will fight for our stories to exist.

What are some other Asian epics that Hollywood needs to adapt? Let us know down in the comments.

Why Investors Are Abandoning IPOs In 2021

You Won’t Believe The Easy Way You Can Make Money During COVID Tests. Just Wait 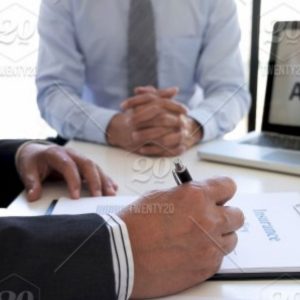 The Digitisation of Assurance

Listen to this article now The digitisation of assurance is a hot topic in the insurance world right now. More...