If you want to liven up the discussion at the dinner table this weekend, here are a few ideas.

You may bring up politics and give your thoughts on the midterm elections. You might also explain your honest thoughts about organized religion. But if none of those work, there is a third possibility.

Share your thoughts about spam. Not the email, which has been parodied and derided by everyone from Gordon Ramsay to Monty Python.

Some individuals refuse to touch it, while others adore it. In fact, Hormel has created more than nine billion cans of spam throughout the years. A few years ago. The brand created a television advertisement that directly addressed the detractors.

Spam. Don’t knock it till it’s fried. Despite the criticism, spam has survived, but competition for its clients is increasing.

UnMeat, a plant-based protein manufacturer, has developed a vegan product aimed against Spam.

Century Pacific Food Incorporated, one of the Philippines’ top branded food and beverage companies, is bringing UnMeat lunch and style demands to US shops.

The product promotes its attractiveness to consumers who are eating less meat and searching for lower-calorie spam alternatives. There’s less salt and no nitrates.

According to the Veg Economist business journal, UnMeat is the third startup in a month to produce a plant-based spam-like product, prompting the question, “What’s with the vegan spam explosion?” For one thing, the sheer scale of the market.

According to Hormel, over thirteen cans of spam are consumed every second throughout the world. In recent years, the pandemic has been a growing factor as people seek shelf stable items during isolation periods.

And now that people are returning to their offices, convenience is becoming more crucial, according to Veg Economists. It only takes a few minutes to open a can of spam or its plant-based cousins and cook up the contents.

But convincing die-hard spam fans will be difficult. That brand is on fire. According to CNBC, last year marked the company’s eighth consecutive year of record sales.

There’s also the cultural factor to consider. The Waikiki Spam Jam, held yearly in the spring, is Hawaii’s own spam festival. Dishes containing the mystery meat, which is quite popular in the Aloha state, were featured in area eateries.

Or perhaps build a spam museum in its Austin, Minnesota headquarters. So spam aficionados may learn about the product’s history and cultural contributions.

Don’t worry if you can’t make it to Austin, Minnesota. The company’s website has virtual tours accessible. So, whereas UnMeat seeks an audience, Spam has devoted followers.

There is no doubt about that. Hormel also does not appear to be concerned about the competition. It is genuinely increasing production capacity to satisfy rising demand. According to Hormel CEO Jim Snee, Spam is as popular as it has ever been.

It’s almost as if it’s bringing home the bacon.

What are your thoughts on the Spam canned meat products? Please let us know in the comments.

Introducing Trendsapio: The Platform That Makes it Easy For Creatives to Network 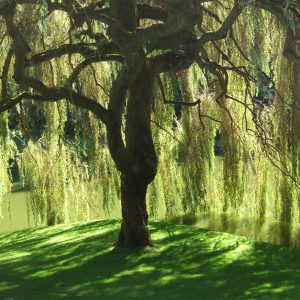 hite willow bark isn’t the name of something you’d expect to see in the ingredients list of your skincare. However,...