At the end of each year, Time Magazine releases an issue that focuses on a person, group, idea or object who was of much prominence and has done the most to influence the events of that given year; for better or for worse. This has come to be known as the Time Person of the Year. The popular issue of the magazine has featured some very important figures over the years.

The very first issue of Time’s Person of the Year in 1927 featured Charles Lindbergh, the aviator who made the first solo, non-stop transatlantic flight, ushering in a new era of transportation. From that point on, there have been many issues that have recognized great achievements. This ranges anywhere from Martin Luther King Jr. in 1963 to the American soldier in 2003. There have also been several issues of the “for worse” category, featuring people such as Joseph Stalin and Richard Nixon (both twice). Regardless of who is selected, and what the reason behind their selection is, it usually comes with some backlash.

So, it was no surprise when the magazine and it’s 2021 selection, Tesla billionaire Elon Musk, were met with great criticism. Musk who, in addition to Tesla, is also the founder and chief executive of space exploration company SpaceX, recently passed Amazon founder Jeff Bezos as the world’s wealthiest person. He also came under fire this year for his outlook on taxes, opposition to unions and downplaying the dangers of Covid-19.

The magazine recognized Musk for his achievements, mainly the companies he has founded and their impacts. They even went on to describe him as a “clown, genius, edgelord, visionary, industrialist, showman”.

Many were quick to criticize the selection, some even calling it the “worst decision ever”. Much of this is on the basis of Musk’s views on taxes, as he opposes what is often referred to as a “billionaires tax”. Musk, like many other ultra-rich individuals, paid only small tax rates relative to the significant increase in total wealth.

People such as Senator Elizabeth Warren were quick to call out this flawed system, stating in a Tweet that the tax code needs to be changed so that “The Person of the Year will actually pay taxes and stop freeloading off everyone else”.

The magazine reiterated that this acknowledgement is not an award, but is a recognition of who or what had the most influence on the events of that year. This notion sometimes becomes lost, and it is easy for criticism to be drawn on whichever selection is made. Whether the selection is recognized for a great achievement, impact or even an atrocity, there will be naysayers.

The decision is after all, for better or for worse.

What do you think of Elon Musk being named Time’s Person of the Year? Let us know down in the comments.

How Is The Pandemic Playing Into High Stress Work Environments In India? 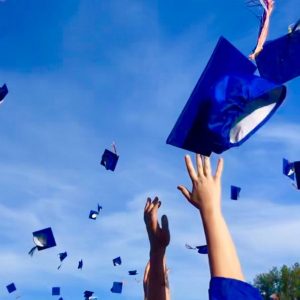 Listen to this article now In late October, Elon Musk tweeted that he wants to create a new university named...