We all know about the insane storm that hit Texas recently, and if you don’t know about it…well, Texas literally froze over. And I mean single digit degrees, froze over. It was a horrible and sudden event that Earth decided to throw at Texas, taking everyone by surprise and killing over 50 people. But the frozen temperatures and death wasn’t the only thing that Texans had to worry about.

It turns out that thousands of Texans were billed thousands of dollars over the course of February just for having power. What was once a $130 bill a month turned into a $6,700 bill in just a few weeks. How you might be asking? Well, it’s because of Texas’ “free market” approach of living that kind of set it all up.

Griddy, a power company in Texas, focuses their sales on “real time prices” which basically means that someone’s bill will be different every month depending on the weather and how much power they use. They sold energy to people in Texas at a wholesale price of $10 per month for a membership fee which put them in a variable rate plan. When they saw that a storm was going to hit, they tried to warn Texans to switch to a fixed plan or to leave the company before they saw an insane price change. Only 20% were able to and for those that weren’t, they saw their bill jump to over $5,000 in just five days.

Not only is it a disgrace for Texans to have to pay that if it were any other period of time, but for this to happen during a pandemic makes it worse. The only thing that officials can say for the future is to stay on a fixed rate plan and to avoid a variable plan even if it may seem nice.

What are your thoughts on the financial struggle thousands of Texans find themselves in? Let us know down in the comments. 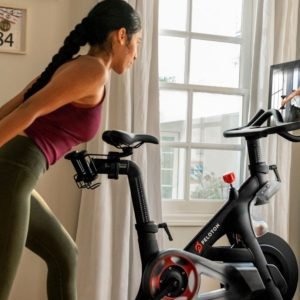 Peloton's ailing: Will it recover?

Listen to this article now Peloton’s sales dropped significantly in the last few months, and the fitness company’s workforce was...