In a world populated by individuals from many nations, cultures, and walks of life. We actually have a surprising amount of similarities. We share the same air.

We are both looking at the same moon. And every day, once for dinner, we are tortured by the same existential question. And if you’ve ever came across an internet recipe that piqued your interest, you know how effective online recipes can be.

In fact, according to a poll conducted last year by California Figs, more than half of Americans had tried a dish after seeing it online.

Now, speciality and ethnic E-grocers are expecting to increase sales with shoppable recipes inspired by their consumer groups and workers.

Umamicart, which specializes in Asian food, mostly relies on its own staff to provide monthly dishes.

Customers who click on the recipes published on the website or in marketing emails will receive step-by-step preparation instructions as well as photographs of the ingredients.

When you click those ingredients, they will be instantly added to your basket. It’s not unusual for Umami vendors’ enticing recipes to become viral. According to modern retail, the firm attributes around half of its revenues to its shoppable recipes.

Quicklly is another Egrocer that specialized in Asian food. That is its name. Quicklly focuses on South Asian foods and relies on its community for recipes.

People may sign up to become rapid master cooks. And earn a 10% commission on each product sold through their recipes. Last year, the firm organized a contest to uncover popular recipes and encourage people to contribute them.

And, while shoppable recipes now account for less than 10% of the company’s sales. They’re focused on improving existing recipes in order to expand their reach.

Shoppable recipes are also being used by larger grocers such as Walmart and Fresh Direct. They’re large, and they’re expensive for your budget, so let them collaborate with big-name recipe content makers like the Today Show.

However, speciality grocers such as Quicklly and Umamicart have one edge. They’re real, sometimes unique dishes that are already gaining popularity. With their clients.

What do you think of those shoppable recipe services? Let us know down in the comments.

How Legalized Sports Betting Could Improve the Economy in California

How To Get The Best Lookbook For Your Online Store 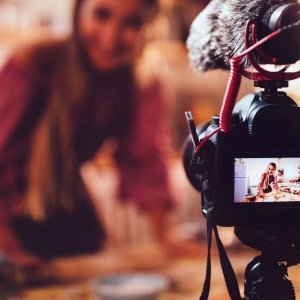 The Truth Why Influencers And Entrepreneurs Are One And The Same

We all know influencers and entrepreneurs in today’s society. But makes them one and the same and what makes them...