On Tuesday, Microsoft Corp reported its slowest quarterly revenue increase in five years and a 14% decline in profit as harsh macroeconomic circumstances impacted PC sales and stalled cloud expansion, which had boosted profitability for years.

According to Refinitiv IBES statistics, the business recorded sales of $50.12 billion for its fiscal first quarter, up 11% year on year and slightly higher than analysts’ projections of $49.61 billion.

“The Street is fearful of a lower guidance from Nadella, which is adding to the after-hours dip,” said Daniel Ives, an analyst at Wedbush Securities, referring to CEO Satya Nadella’s earnings call.

“The PC market was worse than we expected in Q1,” said Brett Iversen, Microsoft’s investor relations executive. “That continued to deteriorate during the quarter, affecting our windows OEM business.”

After the bell, shares of the Redmond, Wash.-based corporation slid 2%.
The Windows OEM business comprises the operating software.

Microsoft’s sales to PC manufacturers fell 15% year on year. According to Iversen, a portion of the company was unaffected by foreign-exchange headwinds, and the impact was mostly driven by the PC market.

Nonetheless, Microsoft’s extensive product range, which includes Outlook and Teams, has made it crucial to firms adopting flexible work methods, allowing it to retain and gain customers at a time when a broader economic recession has drained corporate expenditure.
The Azure cloud-computing segment profited from firms looking to automate their processes as well, securing major deals as businesses look to technology to minimize costs.

According to Refinitiv, Microsoft’s Intelligent Cloud segment reported a 20% increase in sales to $20.33 billion, nearly matching predictions of $20.37 billion.

In the earnings report, Chief Financial Officer Amy Hood stated, “We continue to see good demand across our commercial businesses, including another quarter of solid bookings.”

What do you think of the Microsoft sales dropdown? Please let us know in the comments.

A California marijuana firm has been sued for failing to make marijuana consumers high enough.

Elon Musk storms into Twitter’s headquarters as the deal nears completion: ‘Let that sink in’. 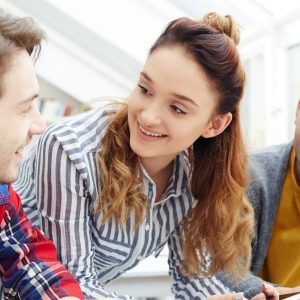 Listen to this article now If you’re an aspiring teen entrepreneur, you may find yourself wondering how to get started...