It seems that all hope is not lost for retailers. Dick’s Sporting Goods has become an unlikely hero for traditional storefronts everywhere. Since the onboarding of their new CEO, Lauren Hobart, the chain has taken several steps to adapt and modernize the way that they do business.

Hobart is unique in the sense that she places the importance of the consumer experience on the consumer. Not only is Hobart reworking Dick’s physical stores to be more accessible to customers, but she is expanding on what it means to be accepted and encouraged as an athlete. As Dick’s first female CEO, Hobart is rightfully placing emphasis on empowering other women in a male-dominated market. According to Nasdaq, Hobart seeks to spotlight female athletes through inclusive marketing. She has also advertised her position as CEO to illustrate what a woman in a leadership role could look like.

Hobart is not only making leaps and bounds ideologically, but fiscally. The ongoing pandemic continues to force many retailers to close their physical doors and move to do business behind a computer screen. There’s no denying that this may serve as a prudent decision for some, but Dick’s is apparently going in the opposite direction. Surprisingly, consumers and the market are responding positively. According to the Wall Street Journal, Dick’s Sporting Goods sales were up 9.9% last year, and sales continue to climb as new stores pop up throughout the country. Hobart recognizes that this success is due in large part to online sales, many of which are facilitated by employees in physical retail stores.

Clearly, Hobart is leading a new generation of CEOs that are unafraid to do things a bit differently, and it seems to be paying off.

What Is An NFT, In 5 Minutes Or Less 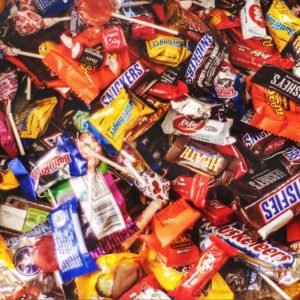 Is Reese's Better Than Snickers? Money Speaks The Truth

Listen to this article now Picture this: you’re in the middle of a zombie apocalypse. (It’s October. Just go with...