For the past year, we have been wondering how businesses like movie theaters aren’t done for yet. Some have been on the verge of bankruptcy and others have been completely shut down in states nationwide. There were talks about having certain cinemas open up for a limited amount of people and for a while CinemaSafe was in place and was effective. However, as the pandemic rages on, movie theaters aren’t looking to be open anytime soon…or at least that’s what we think.

In South Korea, one of the biggest cinema chains CGV, has decided to open their doors and rent out theaters to gamers. Yes, gamers! And to be honest, it is a pretty genius idea. I mean, think about it, you rent out a theater for no less than $135 American dollars and you play your game on the big screen. Obviously, the gaming equipment wouldn’t be available, so you would bring everything to the theater, but how cool would that be? You have the biggest screen ever, you could literally do anything.

This idea was so genius, a movie theater chain in the south of the United States adopted the idea. Malco started renting their theater rooms out to gamers for $150 or more. You could play until you drop or until the three-hour slot is up. Malco is changing the game for gamers—literally. You can just rent out a theater and play on the big screen. On top of that, think about how cool it would be to stream. I know close to nothing about gaming, but I bet that streaming in a movie theater would get you some views.

What are your thoughts on the change we’re seeing in movie theaters? Let us know down in the comments.

A Closer Look at the Pros IBC Totes for Shipments

What’s Working In Google SEO For Local Businesses In 2022? 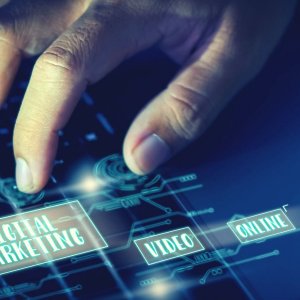 Marketing Starter Kit For The New 20-Something Entrepreneur

To begin with, let me congratulate you—you’ve done three things worth applause: You have stepped out of the bog of...