It’s nice to hear a favorite tune, our coffee maker beeps when it has finished brewing, or when you are congratulated by the Duolingo app for being a multilingual genius after answering correctly but being asked to define airplane in French or cow in Spanish. Because of this, you can see why so many people use Duolingo, a popular language app with over five hundred million registered users.
Now, the company is branching out in a new direction. With the release of Duolingo Math last month, the company is branching out in a new direction. Apple gadget users can test the application in its current beta version. The Android version is still under development. What’s the reason for the switch to mathematics?
According to Duolingo software engineer Samantha Siegel, people with strong mathematics skills tend to have higher wages, better health outcomes, and the ability to appreciate a good joke.

However, she adds, not everyone has the maths education they require. People’s opportunities in life can be enhanced by accessible education, including mastering fundamental maths concepts, she says.
There is also a new income stream. According to experts at the Miami dade public school system, nine out of ten Americans feel some level of mathematics anxiety, a whole new revenue line is created. The new app provides maths-challenged adults and children with an enjoyable way to grasp everything from fractions to geometry.
Babbel, a competing language education company, has chosen to continue using its words for language learning. As a result, its presence in the United States is growing at Babbel. It’s their fastest expanding market.
The company has been laser-focused on growing its presence in the United States, which is its fastest growing market. According to TechCrunch, deep discounts on lifetime memberships are helping to increase the subscriber base.

The company is also expanding its business to business units which serves more than one thousand companies with almost all companies renewing and referring others too.

Babbel is also branching out into other formats. In addition to the app, the company is growing its live classes and also has more than twenty podcasts.

Language apps enjoyed a surge of interest and business during the past two years as people tried to put their lockdown time to good use.

Well, now as people get back to their lives and usage returns to pre pandemic levels, growth requires a little creativity.

What do you think of those language apps? Let us know down in the comments.

The unexpected benefit of canned water

Get All Your Legal Needs In One Place 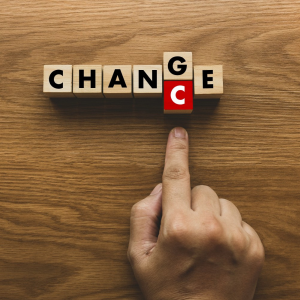 Relocating a business is no easy task, so you should always involve the rest of your team in the process....