Last month, it was discovered that consumers were spending a lot of money on retail. Investors, however, were not impressed as stocks ended in the red. The Government also reported a solid rebound in sales related to retail back in June. Even with the rebound, investors were still noticing the drop within several stocks in the market.

When it comes down to the stocks, it all depends on which ones you’re looking at. For DOW (Dow Jones), it dropped nearly 300 points creating a loss of 0.9%, and led the way for other stocks as well. Chevron (CVX), JP Morgan Chase (JPM), and Goldman Sachs (GS) also lost points and created losses along with Dow Jones although it isn’t specified how much was lost between each stock. Lastly, the S&P 500 and Nasdaq created a loss of 0.8% although it also didn’t mention if they had dropped any points.

Even with the worry of stocks going down, it’s to be believed that consumers aren’t always the most reliable when it comes to the future for our economy. It is tricky to follow as it reports on news and the stock market instead of predicting where it’s going. From this, it’s best to believe action such as retail sales, showing real spending within stocks and are often more reliable to barometers.

What do you think about the stocks going down in this past month? Let us know in the comments below.

A Motivating Playlist For Women Entrepreneurs Fighting To Be Heard 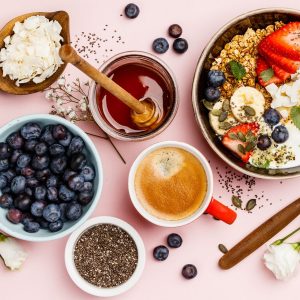 Maintaining A Healthy Lifestyle While Traveling

Listen to this article now As an entrepreneur, chances are high that you have to travel for your work —...